My Draft FPL operations are run on Discord (Invite Link) but I just found The Fan Pub and posting my stuff here for the upcoming 2022/2023 season!
(if you join Discord please look for me, user ID: @arsenalfcjun14)

If you have any inquiries you can also send an email to fpljyj@gmail.com, I can send you PDF league docs I created for these below -

We launched this project last season, and have 3 divisions set up (conveniently named Premier League division with 1 league, Championship division with 2 leagues, League One division with 3 leagues = 6 leagues total so far)

We’re currently working on setting up the 4th division, League Two up to 4 leagues (as of today we have 2 leagues nearly set up) and we’re looking for about 20 more managers to set up another 2 leagues

What we have so far 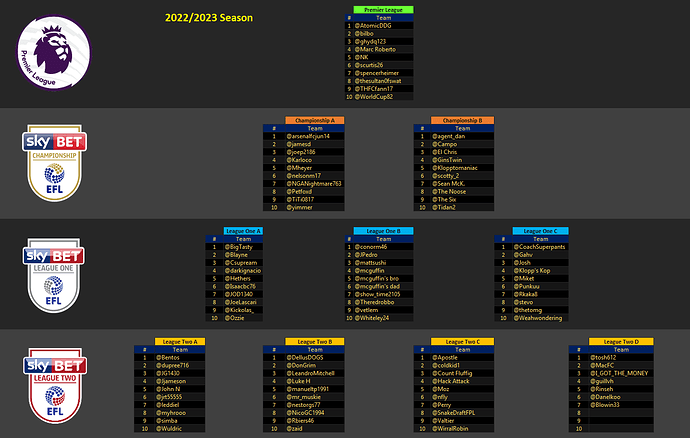 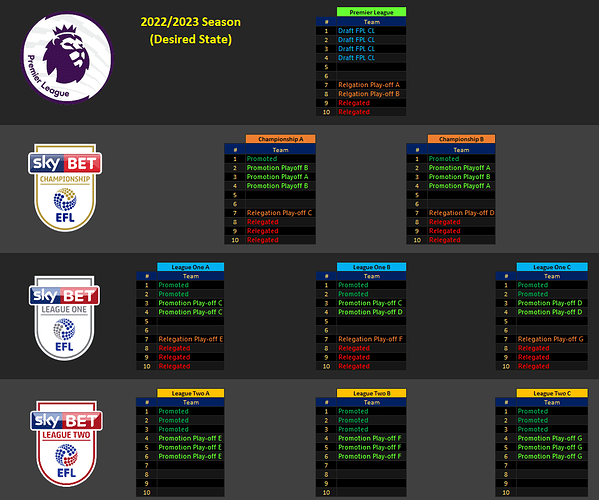 Below are the leagues we have going so far:

Both Pyramid and Non-Pyramid leagues are connected via a manually operated competition called Draft FPL Champions League, which is a merit-based competition and there’s also cup competitions, named conveniently as FA Cup and League Cups, and managers of the month awards 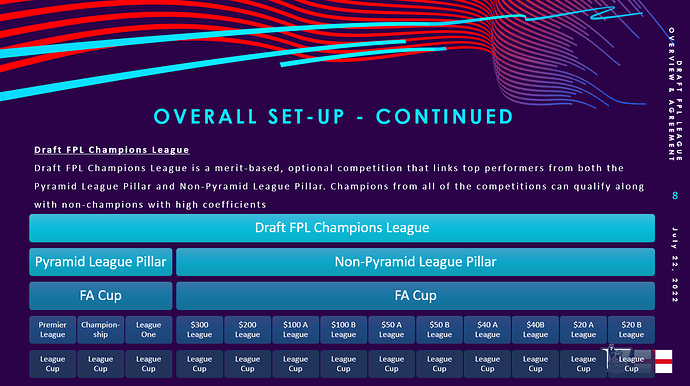 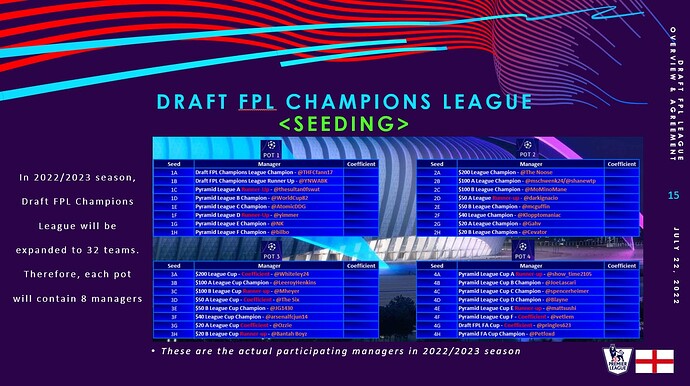 Draft FPL Champions League, showing Groups A and B from last season (I didn’t make it out of the group last season lol) (there will be Groups A - H this season with 32 managers)

Not much explanation needed here

Showing top 20 managers for Coefficients, based on Coefficient mapping 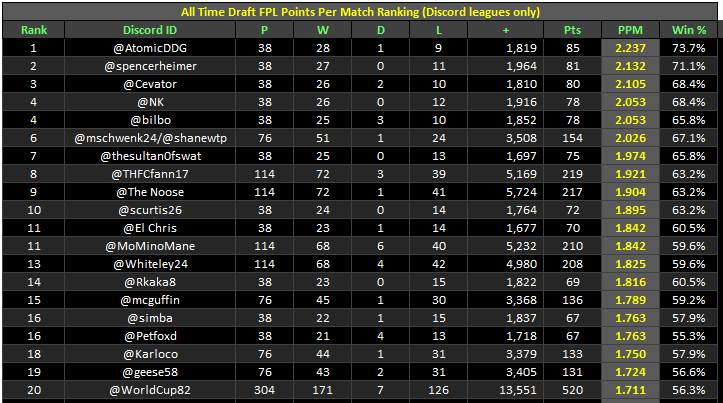 Again, for further inquiries, please join the Discord server (Invite Link) and look for me (user ID: @arsenalfcjun14) or send an email to fpljyj@gmail.com 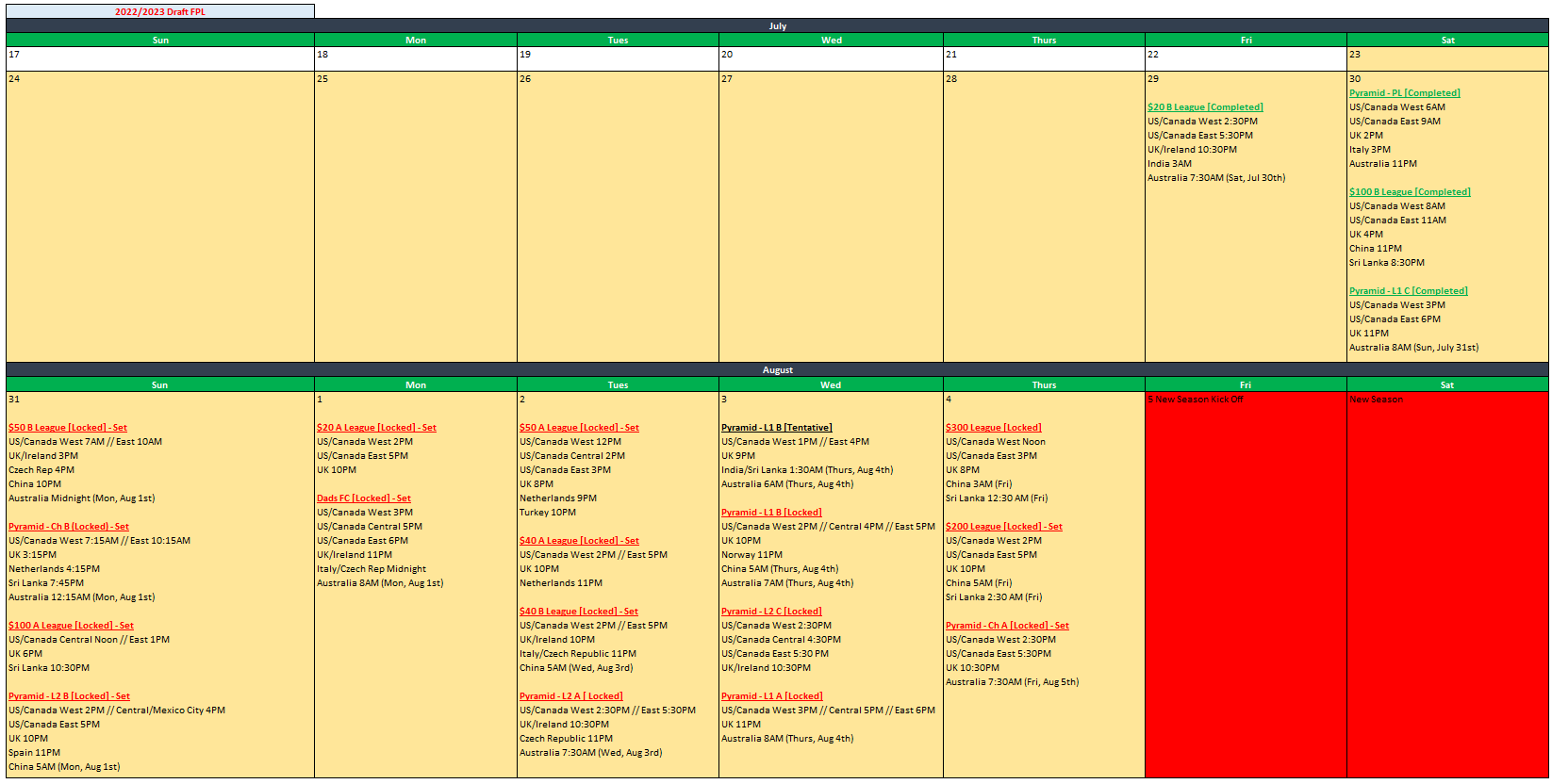 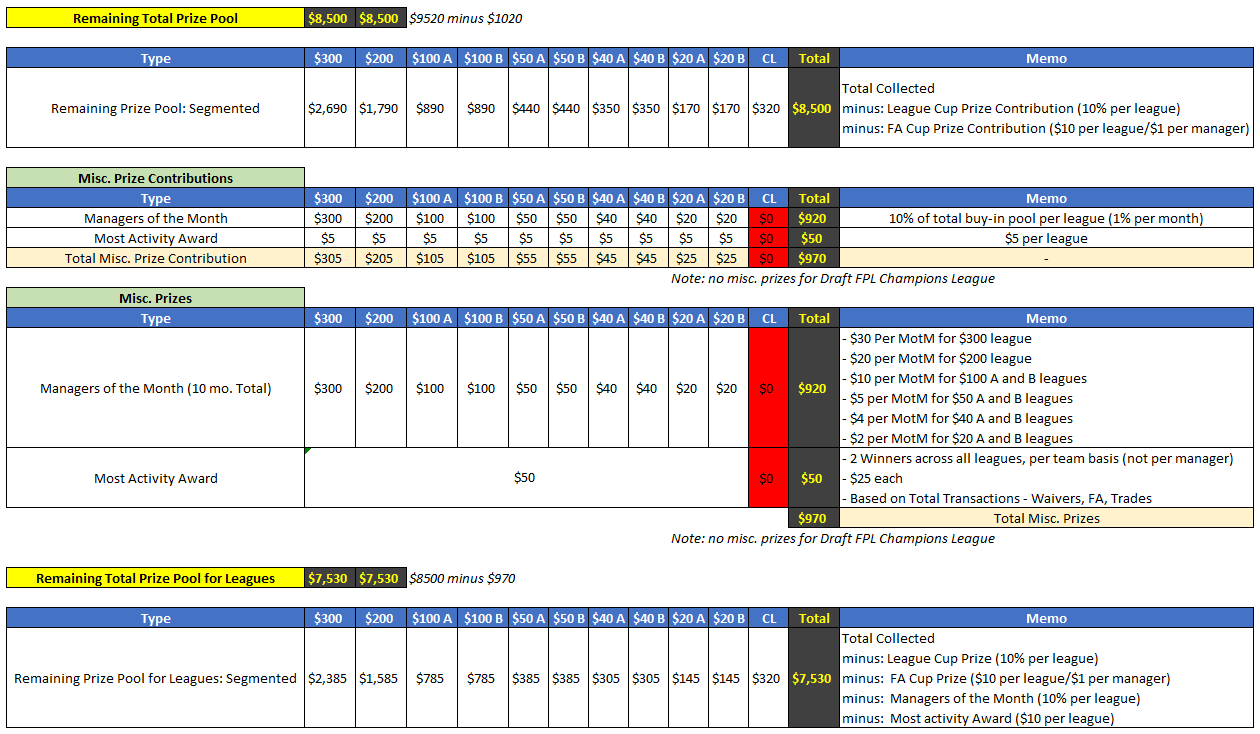 thanks man!! been running leagues for about 10 years and it’s my 3rd year (I think?) on Discord

got about 150-200 hardcore draft FPL managers duking it out every season!!

I am speechless how you found so many players in a money game - I always struggle on recruiting for my games - I think it’s hard for people to trust complete strangers especially if they ever fallen victim to a scammer or unscrupulous commissioner/chairman in past.

Also seeing you mention $ am guessing your either American or Canadian. Even more impressive making Premier League a foreign sports league to you.

haha thanks man, yes I am American but I’ve been a gooner since 1994-ish (my memory is a bit blurry as to exactly when)

Since you mentioned “scam”, the whole reason why I started running my own league (with 6 of my college friends) about 10 years ago is because I got scammed playing in online FPL league (only classic FPL back then!) It is not a lot of money for me now with full time job and all (was only $10 buy-in) , but at the time it was a lot of money being a poor college student (my winning was about $250… I really could’dve used it).

It has grown steadily since then, we used email and text initially, then started posting on reddit, etc. friends were bringing friends, some left due to life situations (new job/marriage/school, etc) and came back and stuff but kept growing slowly. Never thought it would get as big as it is now. now we actually have managers from every continent, Americas/UK/Europe/Asia/Australia, coordinating draft date/time is a nightmare but it’s part of the game!

If you’re interested, I can send you the PDF/PPT deck of all the features I have.
What I’ve posted here covers a good chunk but there’s more to it.

For example, In coming days we have a charity event based on the mini-game event on the outcome of the Charity Shield/Community Shield match between Liverpool vs Man City where there will be a small donation ($45 this season) made to the charity of the mini-game winner in the name of the winner

lmk if you’re interested! or you can find me on the discord link above! 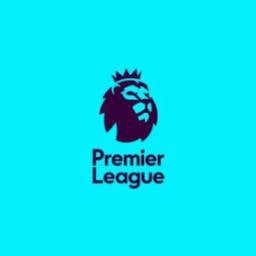 I would like to support you man but I genuinely have enough on with my own leagues and games - and a recruiting headache. You sound passionate and TFP’s Discord chanel is a good place to discuss things man we not the biggest website / forum but we sprang up from being Brits/Irish fans of your football - American Football to us - NFL.

We used to have a forum the NFL paid for over here called NFLUK but NFL (cost saving) shut it down but luckily before they did we had been doing online NFL drafts for years and money leagues and I tried to get a bigger stake (£100 buy in) league off the ground done in person. Ordered a draft board from the States and much to my amazement 14 people from all over the UK and 1 from R.O.I. actually sent me £100 each to secure their place and they all travelled to my local town for the inaugural draft in a bar/restaurant.

I am not the best organiser of a live event but that league is still going strong and this year will be it’s 9th continuous season.

The buy in is now £125 and is commissioned by another guy and hosted in his city. I am still a player and as it goes just booked my train fares yesterday to get there and back - prefer public transport so can drink and not worry about drink driving.

One of the original players (and still a player) created this forum for us to all stay connected year round and he created the discord chat group which most use more and prefer.

The event proved such fun that another player created his own league called the Challengers league and hosts it in his city which now means we have 2 live face to face TFP NFL drafts annually one in the South East of England (Southampton) and one in the Midlands (Northampton). There was talk of doing a 3rd in the North (Leeds) but the person who runs that one did it himself via Facebook and not under the TFP banner nor advertises it in here.

But it’s a great community here - small yes - but tight.

Forgive me I digressed - I love NFL - it’s my favourite sport but close behind is soccer (football to us this side of the pond) and I for my sins am a Crystal Palace fan and follow the England mens national team live. Many years ago I used to have a season ticket to Palace but fell out with the way the club turned so much into being all about the money - priced me out and some of the policies made me so incensed I gave up my ST. There’s a waiting list now so they didn’t miss me or my ££££’s. I still follow them via TV, streams and radio coverage but now follow the national team and when I was more affluent - I did go abroad to. Not interested in going to Qatar but the next Euros in Germany (2024) and next world cup in Canada/USA/Mexico (2026) I hope to attend if England qualify. I know last US World Cup in 1994 I planned to go to and then England didn’t make it (failed to qualify) so that was aborted.

Any way bro - I will spread the word about your league as best I can via contacts I know.

Also may I suggest this Forum to you - full of serious minded UK fantasy game players: FISO

I will be all over Eze and Olise this season!!

but yes, I also still remember when the footy (and all other sports) were not so commercialized… pure passion in all the players, coaches, owner/board/directors, fans… now it’s all about money

look at all these criminal ticket pricing on fans, and cancerous agents mugging clubs

I do follow NFL and I used to play NFL fantasy on top of Draft FPL (and bundesliga, serie A, and Championship fantasy) before I got full time job and had kids… but now I can only focus on my draft FPL league haha

with World Cup expanded to 40 or 48 or whatever countries, I have no doubt England will make it. they are expanding it so that China and Qatar can qualify. Corrupt FIFA at its best

I myself am Korean-American, so I hope to see South Korea in the mix for 2026 world cup as well (I have no doubts on this as well) I hope to cross path with you somewhere in the north America then!

I have not explored the entire community/feature on The Fan Pub yet, I was so excited to find this forum and was busy making this post haha

In terms of the user experience, the interface is very crisp, slick and smooth, it is very pleasant.
I will explore TFP Originals post in a minute.

I had just noticed your user ID now! I hope detroit can win the super bowl soon, to your joy my friend!

Wining a play off game would be a start, think last time was 1991.

I have been sharing links to your original post on this thread and happy to hear on Discord one of the guys in my contacts says he has signed up for your pyramid league. Makes me feel your time posting on here was not for nothing. Maybe more will follow suit.

yes he did mention it!! thanks so much really appreciate the help

After 3 weeks of intense discussion, all of draft date/times are now locked!! 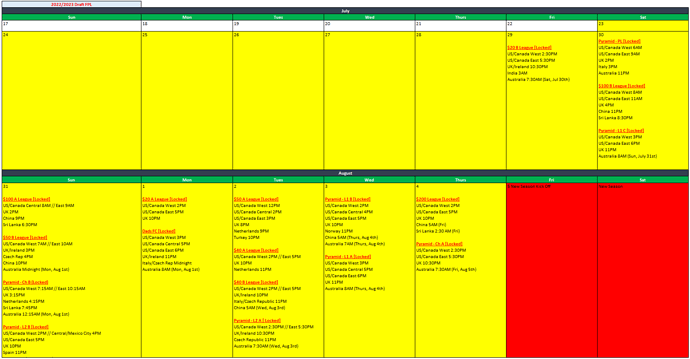 Please find me (@arsenalfcjun14) once you join the Discord server! (Invite Link )

Pyramid League has received so much love past few days, we’re actually working to set up League Two D!! this will surely be the last league set up for 2022/2023 season

$30 buy-in overall, please find me on Discord (same user ID) once you get on! 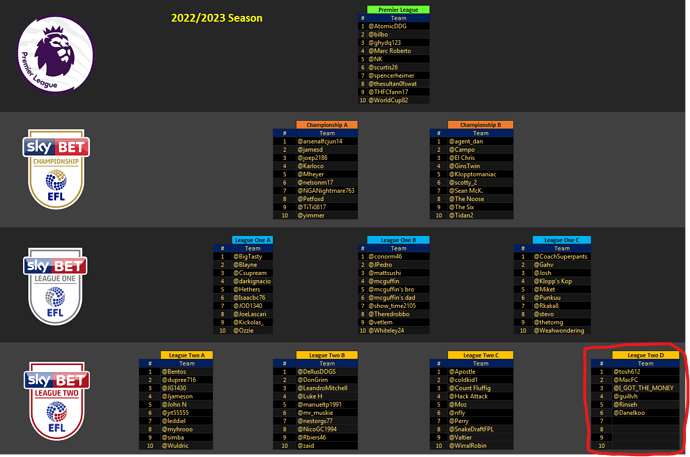 You’re really tempting me - but when would draft be - for final pyramid league?
Also what if you can’t or don’t want to play in future seasons (as circumstances can change)?
You just lose the deposit ($10 - I’ve no issues with that)?

One of the biggest things I picked up from the failed launches of pyramid leagues in the past (I tried launching it back in 2010ish and 2015ish and those fell apart within couple of seasons for various reasons) are:

So what are some of the ways we came up with to achieve both?

So with this I created the friction cost where only the really committed and dedicated managers will join (and it’s not anything exorbitant such as $300 or $200 leagues) and made extra benefit to those who make it into the PL division or survive/avoid the relegation.

What are some of the other ways Premier League or upper divisions have special perks?

Also, not really of interest to you but we just reached consensus on $300 league draft, which is:

Thanks for such a detailed breakdown.

The draft time works for me - it wouldn’t of when I used to have a job as I worked a late shift here 2pm-10pm (in UK) but I’m a man of leisure currently. Who knows in future seasons - so if a draft time does not work can one auto draft?

I’m thinking down the line?
As we’re committing for 3 seasons sort of thing.

But okay you’ve sold me - you take Pay Pal for payment?
First time I’m the one gonna be working out the fees to make sure you end up with $30 USD. Usually it’s other way round when non UK peeps do one of my games or leagues.

Edit: Shocked how depressed the UK pound (GBP) is right now, where it cost me nearly the same in GBP to send you $30 USD - okay there was a dollar and a half in fees to but damn now I understand why things costing so much over here of late. Anything imported costing a ton. What has the UK Government done (or not) make our currency so weak. 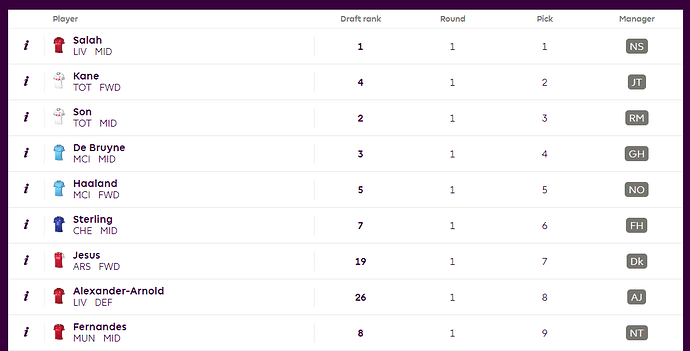 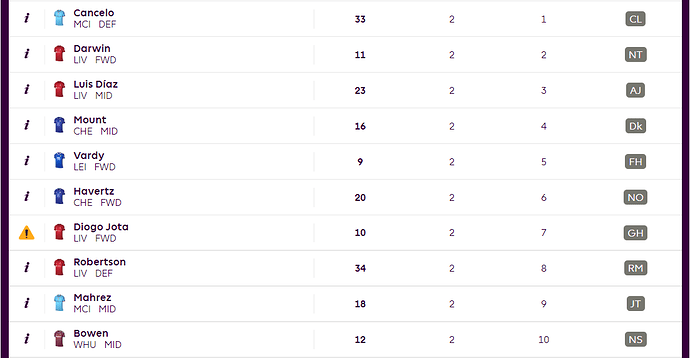 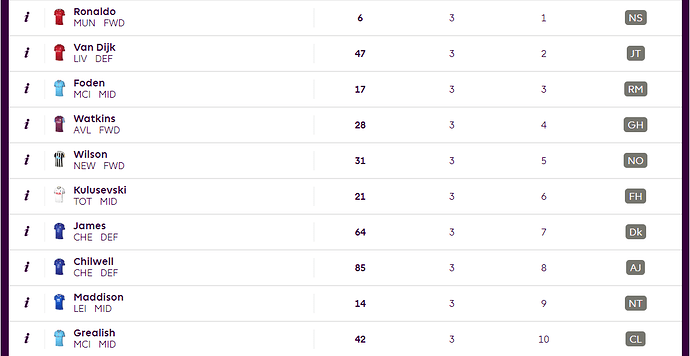 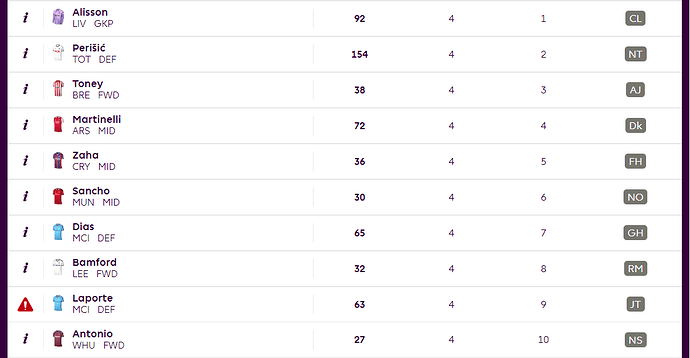 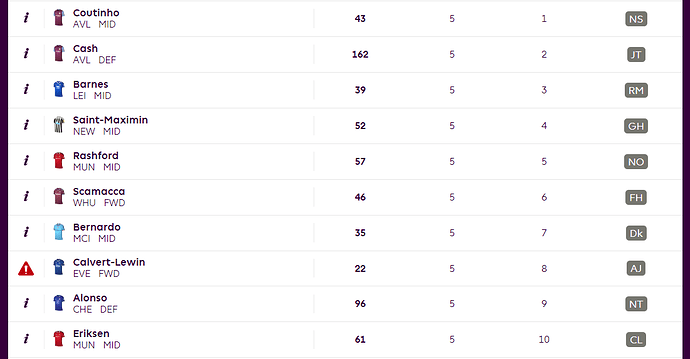 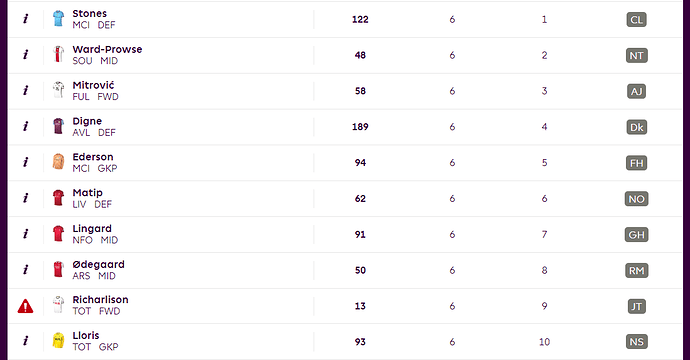 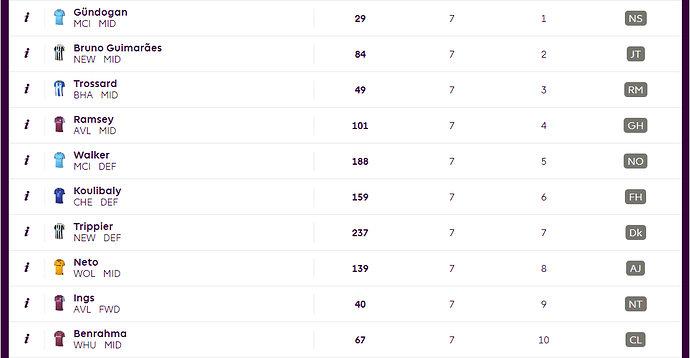 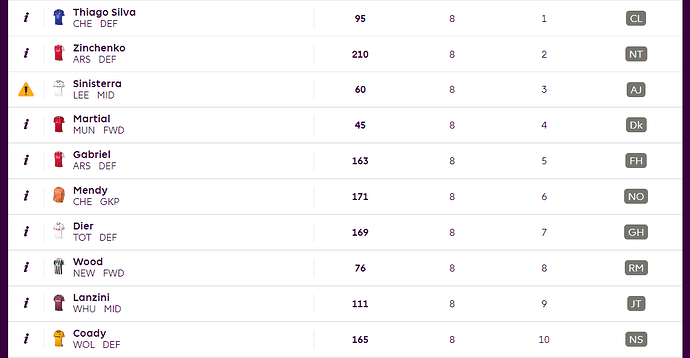 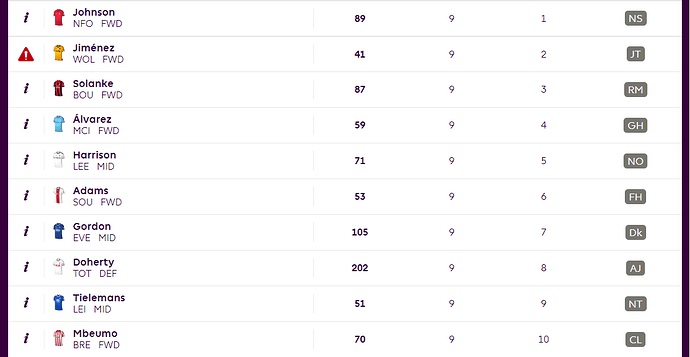 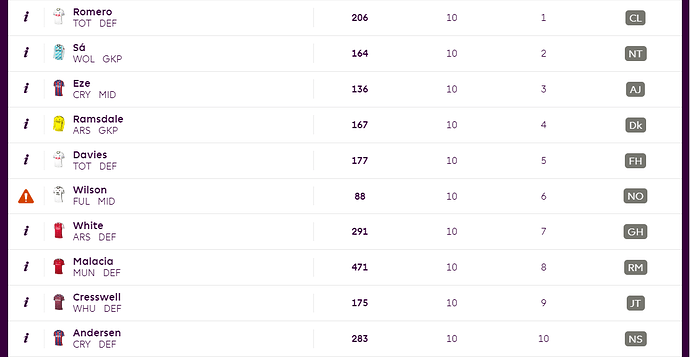 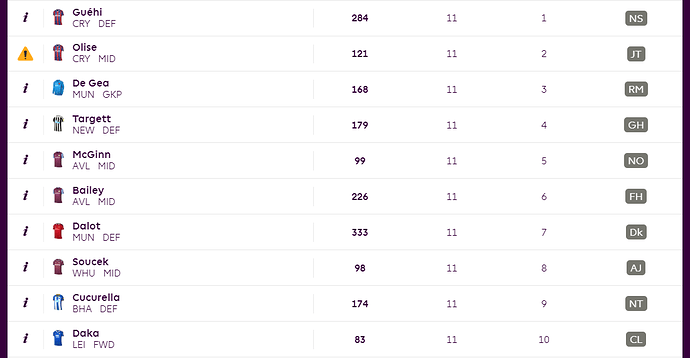 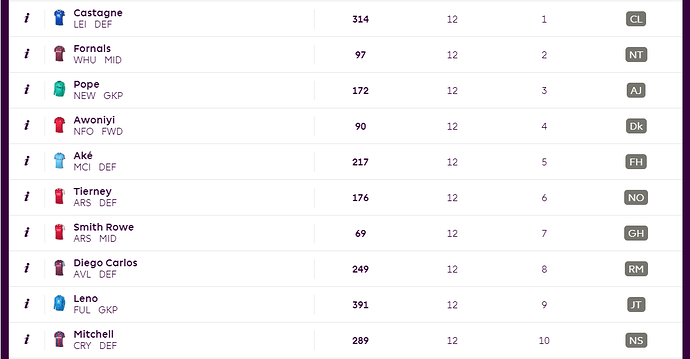 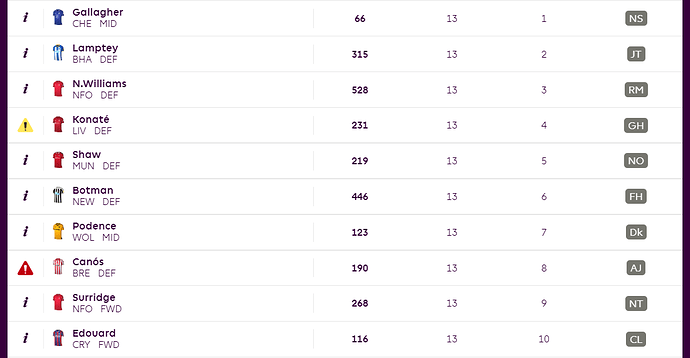 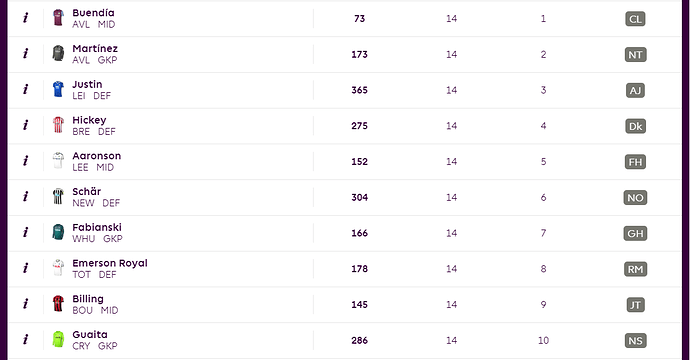 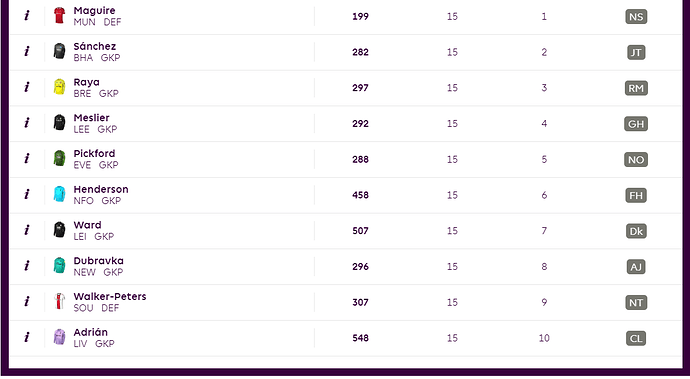