Discord User Names Key
(Bolded when known to be on Discod)

If the answer is yes, then read on my friend as I have just such a league drafting less than a week before the start of the season, that being Sunday, 31st July 2022 at 8pm (UK time). I have picked a live draft date and time for this league to give people some clarity as to when it will take place so they can know if they are able to commit to it or not and or make arrangements for it.

Each entrant that signs up can vote for the scoring settings we will use - either Classic or Head to Head (as we had in this league last year). One team / one vote - which you will cast by posting on the leagues message board. Whichever option the majority are in favour of come Saturday night at midnight (going into Sunday - draft day) will be which setting we go with. If by some chance, it’s a tie I will flip a coin - can’t really say fairer than that. 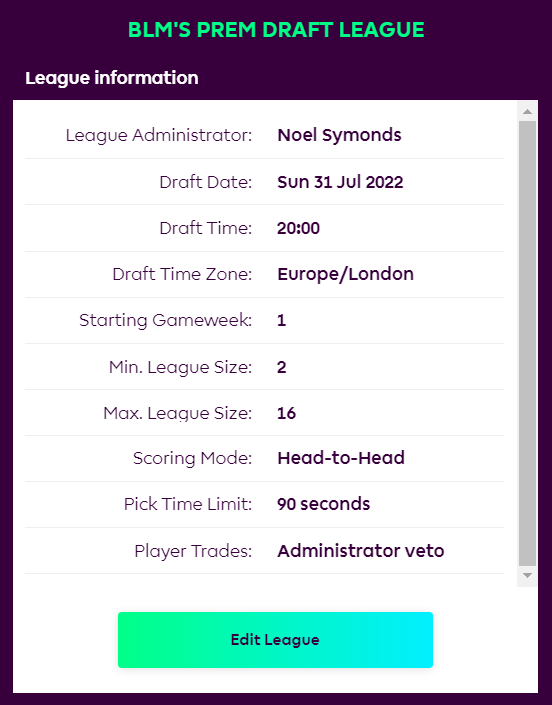 You may have noticed from the above league info I have activated player trading in this league where it goes to an Administrator veto - I think this means I have to approve every trade and will only deny ones that seem to be collusion or very unbalanced. When I am in doubt or if I am involved in a trade personally, I will ask on FISO forum and TFP’s Discord communities’ advice to make sure they agree trades are fair. I have switched to the Administrator veto system because in past seasons using the manager vote system no trades ever completed. I think this was twofold - the FPL Draft client only allows trades to be proposed in a tiny window between gameweeks and a trade could only be accepted up to the waiver deadline - sometime this was a window as short as only 24hrs - any unaccepted trades at the waiver deadline would automatically get cancelled. I think this meant often trades got cancelled before the team they were proposed to even saw them. It’s a really bad game floor in my opinion that FPL has not addressed - that being not able to propose trades at any time and having them complete after a voting period or at the next deadline if in the middle of a gameweek.

I have chosen an end of the weekend evening draft this year in the hope it may attract more players.

Overseas players are most welcome to.

PS If you don’t know my payment details just PM me to ask for them.

If your new to FPL Draft this beginners guide could help you:

hello @bluelionman ! once my leagues are set up and if I have some extra appetite for another league, I’ll join this one! (I’m in 15 leagues this coming season, on and offline league combined)

A friend of mine is running 150 Euro (might’ve been pounds, I need to double check) Draft FPL league that is Asia time-oriented if anyone is interested

Hey man I appreciate your sentiments but honestly don’t feel obliged to - it sounds like you have plenty enough already and loads of work cut out ahead for yourself man. Maybe you need something a little less time consuming. Or a completely different challenge overall.

My friends game has zero time commitment after entry as there is nothing you can do - all the time is deciding upon your entry or entries now. But because it covers the Championship and Premier League you must enter by this Saturday - Friday if you pick either of the teams playing Friday night. Take a look here:

Now you are big into drafting type leagues it seems, but should you have the time have you ever tried doing Fantasy Football the traditional European way - with a budget, player prices not changing and a set number of transfers for the whole season (40) you can use no more than 5 in a Gameweek and unlike FPL there’s no weekly deadlines each and every kick-off is a deadline for the game and those teams players so you can make transfers between games for extra points as long as the player you bring in their teams game has not started yet. It’s my favourite fantasy game format for Premier League. I get a medium sized league every year - would love more entrants but average about 30 teams. There is weekly prizes plus end of season prizes for Overall, Cup Winner, Goals, Starting XI, Highest Weekly score of season oh and it’s the only fantasy game I know that scores both Premier League and FA Cup matches in the same fantasy game.

Hey mate, I’ve popped the cash over, can you send me the league code? Cheers

I was about to invite you to the league but I see your already in there - someone else must have hooked you up.

Hey mate, yeah Iain sorted me out after I’d confirmed I’d paid just in case you’d missed the message. Thanks though!

No preference on H2H v overall scoring btw, so happy to go with whatever it was last year

So back up to 14 teams this season (last season only 9). So we all will have less talented teams than last season I would say. Draft took 1 hour 20 mins to complete which is less time than I expected. 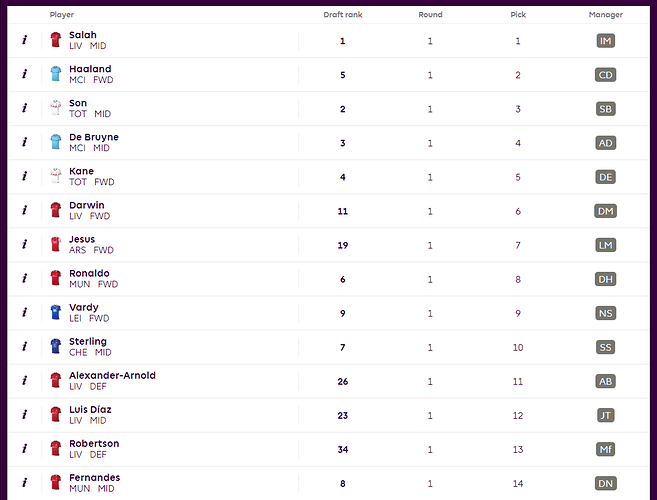 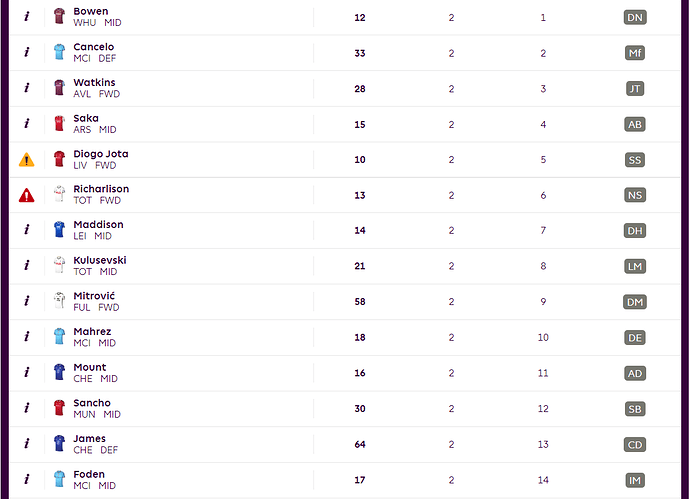 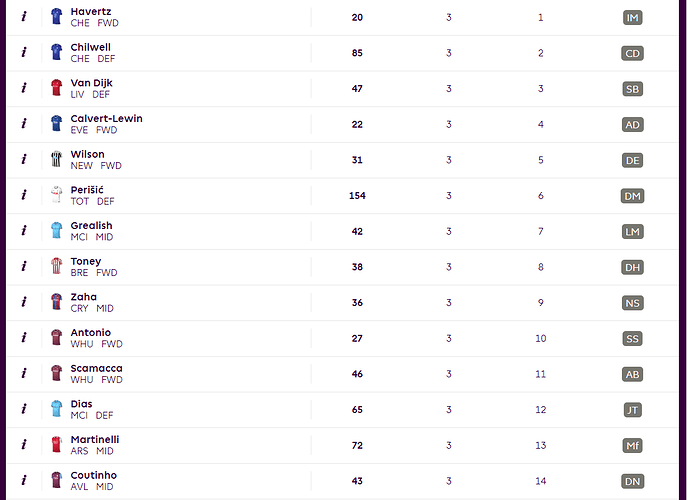 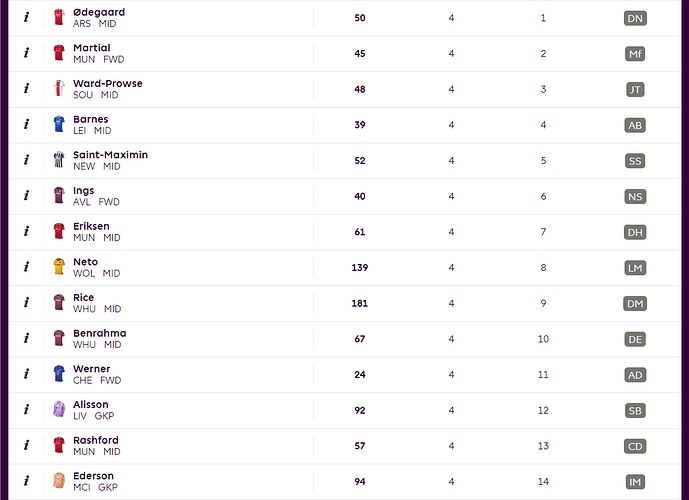 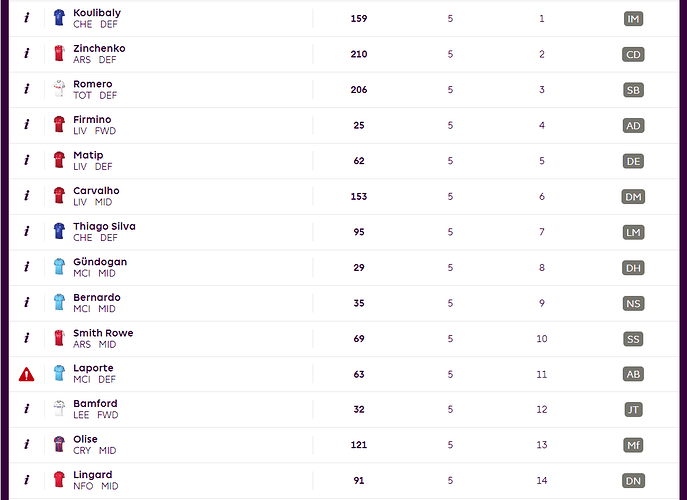 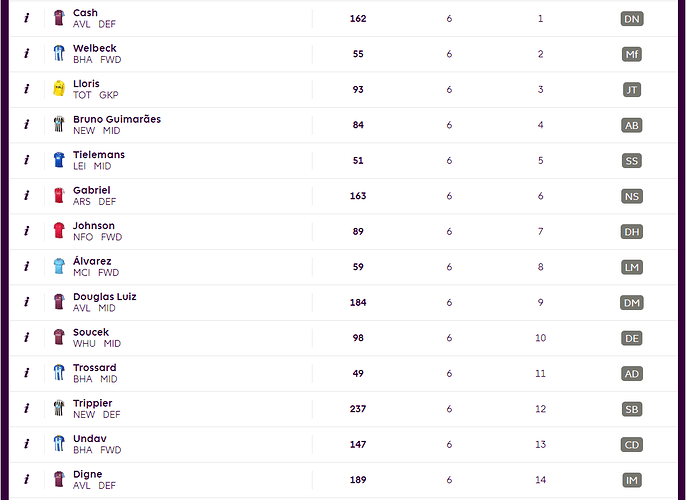 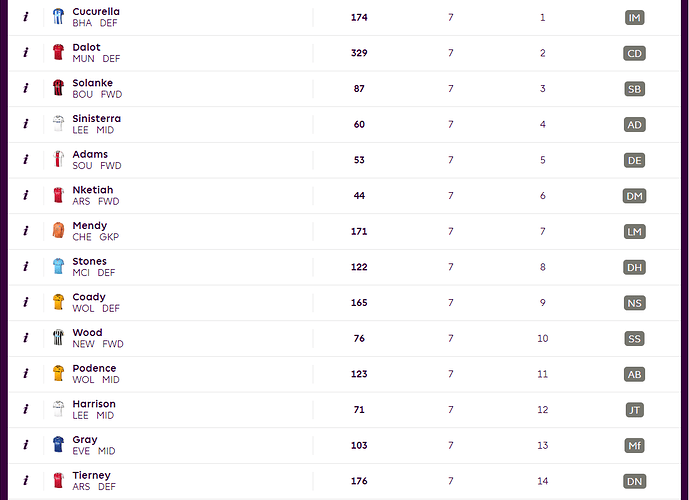 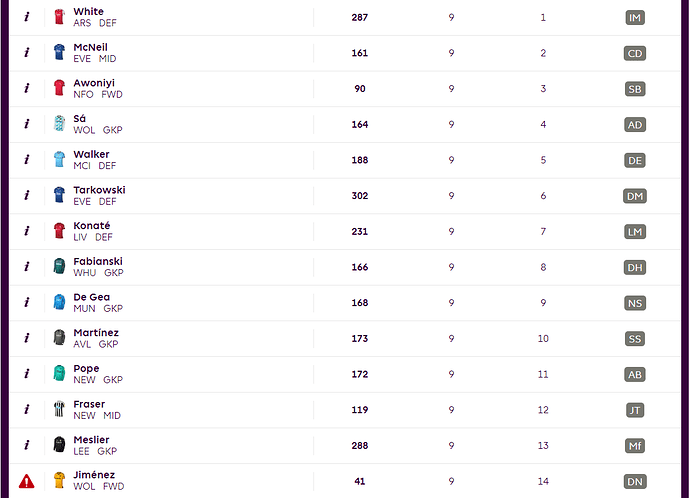 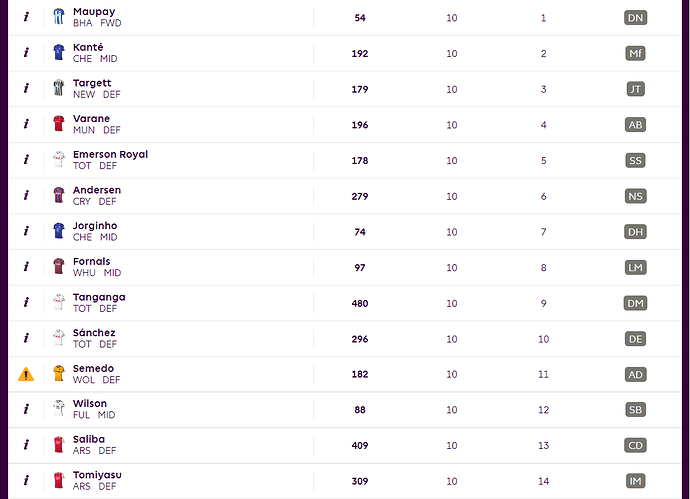 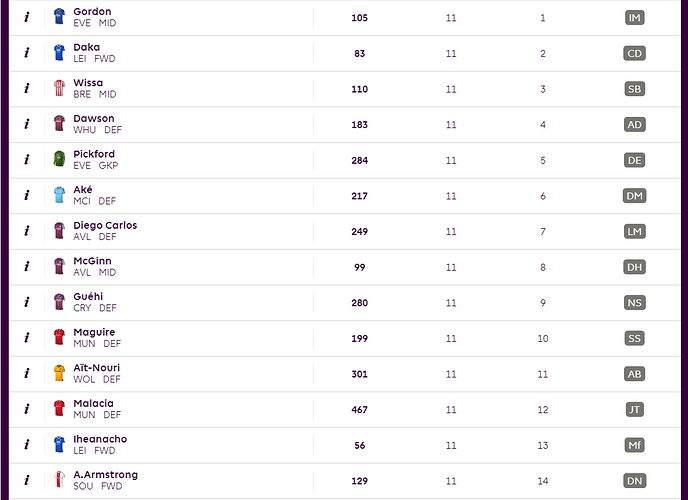 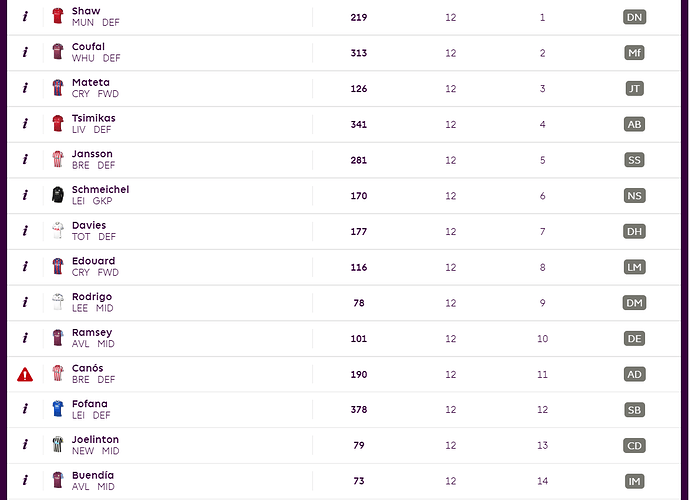 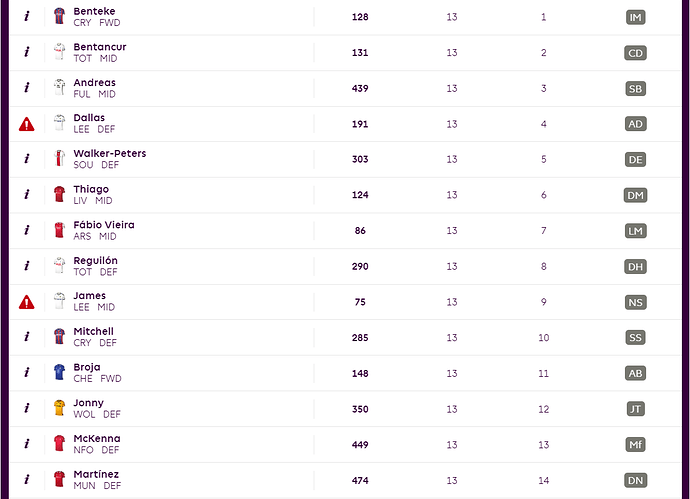 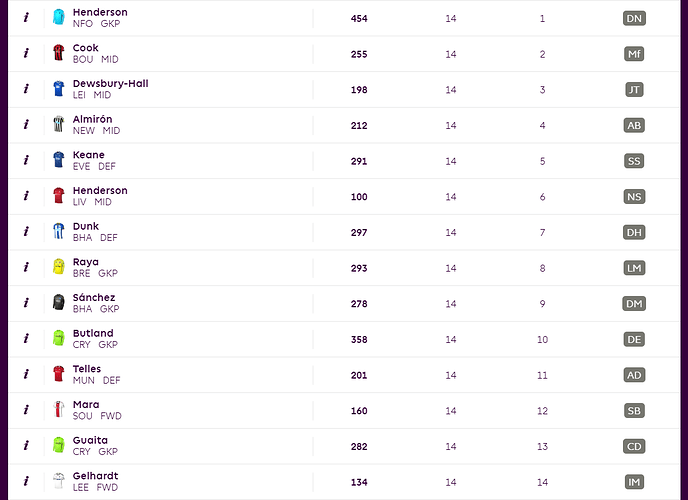 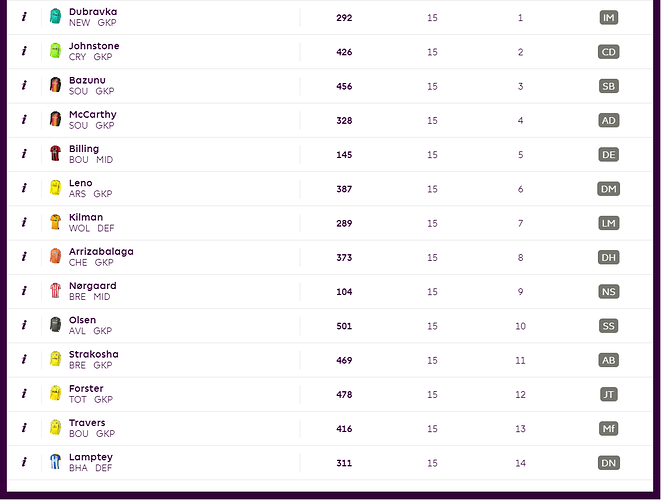