WHAT YOU NEED TO DO

Ok so following some debates today:

Something to note - it appears fantrax assigns a single position to each player. Several other sites assign multiple positions to a player who, for example, plays sometimes at 1st base and sometimes at 2nd - so just be aware of this difference. 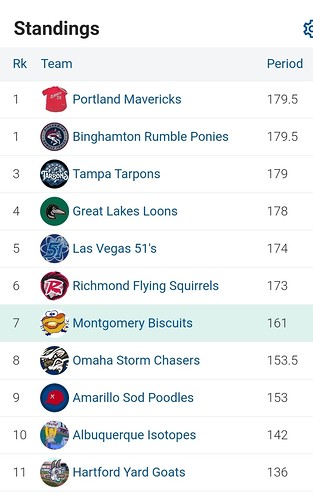 Javier A and Chris C sharing the early lead - Javier thanks to his batters while Chris has had a great pitching week.

All change at the top, the Loons now lead.
Hartford had the lowest weekly score in week 1, but the highest in week 2. It’s all pretty random… 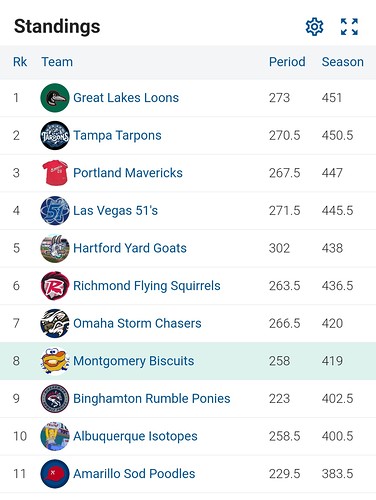 Four weeks in, @s.devereux has a nice little lead with his Vegas side. Still early days… 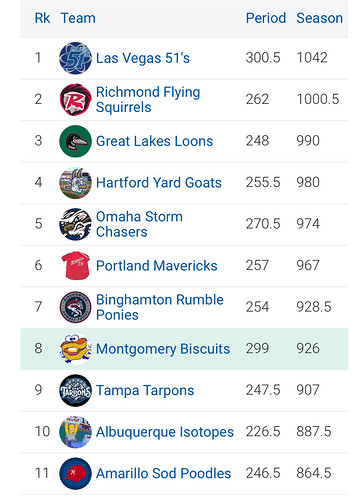 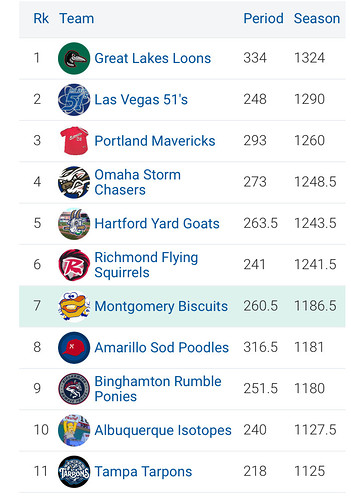 @TheMalcyBarKid and his Loons still leading the way 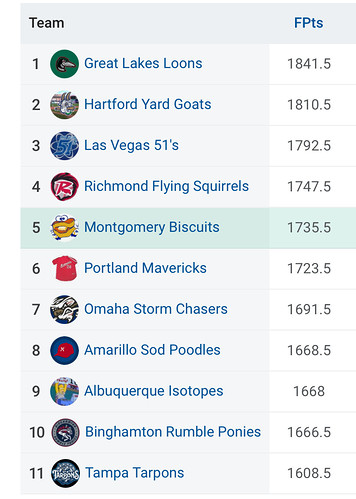 @TheMalcyBarKid still leading the way, but @roookie and I have closed the gap in the last week or two

Tampa and Amarillo now over 200 points back, but we’re not even half way through the season yet, so plenty of time to swing things around… 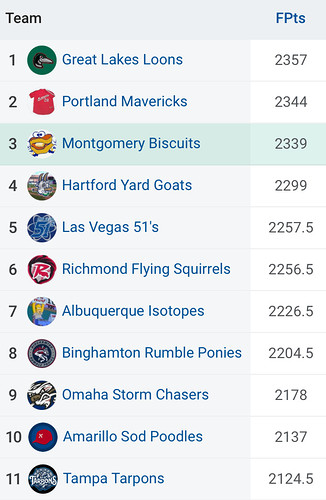 Delighted to bring you this update, as we have a new leader - GO BISCUITS!
I’m sure it won’t last, but I’ll enjoy being top of the pile for now 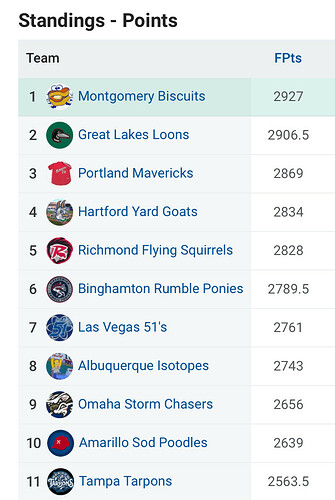 First update for a few weeks - my apologies. Also, my apologies for beating you all so badly !! 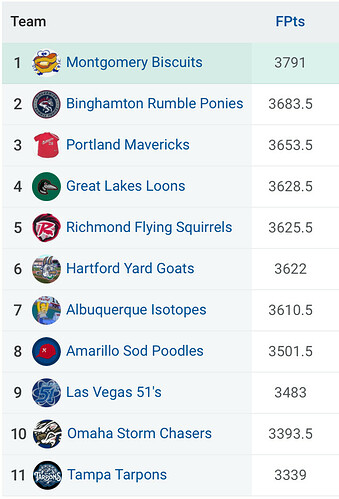 Pretty much half way through the season now…