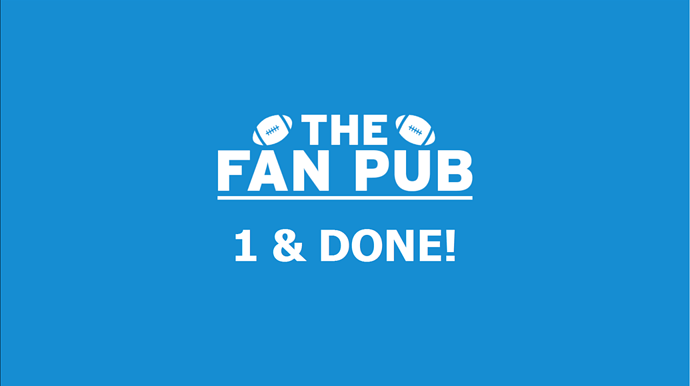 Hey are you an NFL fantasy football fanatic - yes, then read on…

This is only the second year of running my newest in-house NFL game. This is the fantasy game I always wanted to have on TFP years ago but alas I don’t have the computer skills to make a website nor am I rich enough to pay someone else to make it a reality so alas cannot have a nice shiny product that makes it easier for you all to enter and from my point of view a programme that does all the scoring automatically for me.

So once again I will score it manually myself and run the game via the TFP forum and Google Sheets.

Alas, I was rather disappointed with only 3 entries last season (and one of those was mine) but it’s like anything, build it and hope they will come - even if it takes time to gain traction. This game is totally my own idea and a game I wanted to be exclusive to TFP’s website. I’ve not seen another NFL game like this anywhere else out there as yet.

Firstly, I like a game that covers the whole season so this game will from NFL Week 1 up to and including the Super Bowl.

You pick a new team every week that consists of one each of following positions:

There is no budget - that’s right pick studs or unknowns it’s totally your decision.

You can find a list of Head Coaches, Players and Team Defence’s here:

(Just ignore the values as this is a player list I update annually and use for another game of mine that does use values - though you could use the values listed as a rough guide as to who the premium players are.)

Now the catch with this game is, as the games title alludes to ( 1 & Done! ), you can only ever select any player, team defence or head coach once. Yes, you read that correctly, only one time over 22 game weeks. Furthermore, just to make it even harder and to offer up strategy the post season weeks are worth more points the deeper you go.

Having these extra bonus points at the back end of the season makes for some very tough decisions - do you use the studs early and get points on the board, but then only have backups and 2nd, 3rd or 4th stringers to pick from come the post season - or what if you swerved studs to use later and they get injured or the teams you thought would make post season don’t. This is a mine field that not only you have to navigate, but so does everyone else - it’s your judgement trying to identify who will score you big points each week and which teams will make a deep run, in post season. So many variables and here is another - due to having to manually do all the scoring and team updates myself I am restricting this game to one entry per person. No multi-teamers I’m afraid. It’s one entry only per person.

You must post your entry on this thread each week - new this season are staggered entry deadlines - those being the scheduled kick off of the first game of any day. YOU MUST NEVER EDIT A POST - as this will invalidate your entry (as you could cheat) so you must post again between deadlines. For instance, if you want HC/players/Team DEF in the Thursday night game you must post an entry before that games scheduled kick off - and those TNF players will be set in stone/locked. But if you change your mind on your other players or didn’t pick any yet for say Sunday’s or Monday’s games you can make a fresh new post before the first scheduled game on the Sunday (13:00 US ET) and then I will take the last entry you posted as long as it was posted before the first game scheduled for Sunday (not an edited post). Also same applies to Monday’s - this is great news if you have forgotten to do an entry in time for Sundays games as you can do a last day saver and just pick players from the MNF games to avoid missing out on points for that week. Also, you cannot re-pick/change players from games/teams already played on earlier days - if you posted players for an earlier days game(s) they are locked.

I would love to allow changes with deadlines the start of each individual games start time but alas it would just be too much work - that’s why I wish I had the skills to make a fantasy games website to attach to the TFP website where players could lock at their individual game times but alas, I just don’t have those skills. So, what I offer this year above is a compromise with daily deadlines (deadline always first game of the day) but also the chance to select a reserve for the individual skill player positions - QB, RB, WR, TE and K. Use this template to post your entry on this (TFP 1 & DONE):

You do not get a HC or team DEF reserve but you do for each individual skill position player. Your reserve will only be used if your original pick does not play - also your reserves only count as having been used if subbed into your starting team to replace an inactive/out player. Meaning you can pick them again in the future if they have not been subbed into your starting line-up. Likewise, the player replaced will no longer count as used - so you get a do over with them. Just remember not to select anyone you’ve already used. What would really help you to know who you have used is have a cheat sheet (like used for drafting) and cross off players you have used as the season goes along.

Reserve choices also lock with the first game of any day and can only be changed if are from a team that is scheduled to play on a later day of the week.

To make it easy to know what players you have used I suggest making a copy of the players list on Google Sheets - just go to my players list and click on file (near the top left in the menu bar) - select ‘make a copy’ and save it. Then you can just use that copy to mark off (highlight) all the players you have used as the season goes along to make sure you don’t pick the same ones twice.

Rules Clarification - If you do select a Player/Head Coach/Defence for a second (or third) time etc., then you will score zero points for those extra times you selected them - YOU WILL NOT GET AN AUTO SWAP IN OF YOUR RESERVE PLAYER. This is because in practice sometimes this extra use is not picked up right away by me and if discovered much later on, then you could have already used the reserve you had selected for that week. It opens up a nightmare admin wise and after all its each entrant’s own responsibility to check they are selecting valid teams each week (so keep a record of who you have picked previously). So, the rule will be if you select any Head Coach/Player/Defence more than once you will score zero points for the extra times you selected them. If this is only picked up later or in an audit conducted at the end of the season, then the points will be deducted for the extra usages when discovered.

I will confirm prizes after I know how many entries I get, but in honour of my favourite home team player when I first got into American Football (Barry Sanders) the entry fee will be £20 - as 20 was his jersey number for the Lions.

So, I’ve built it - as best I can - now I need some players to come take part. 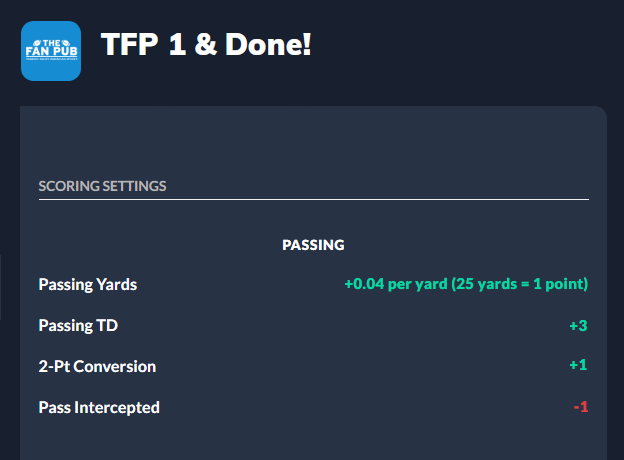 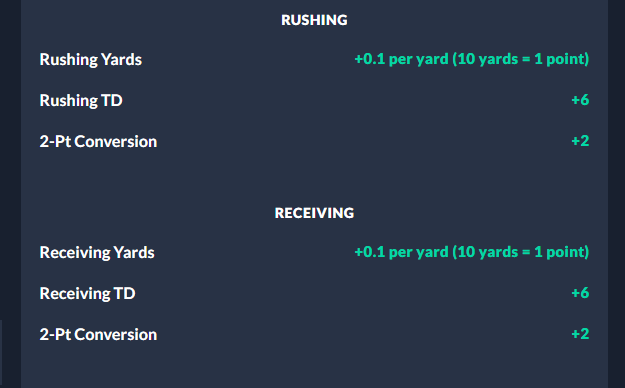 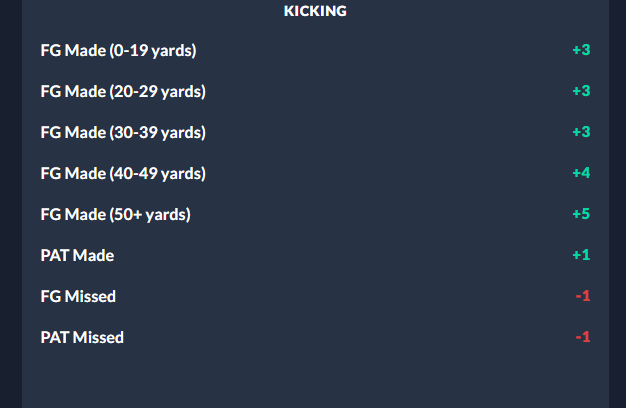 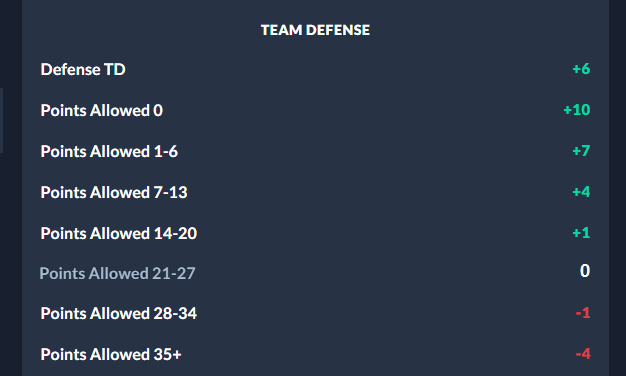 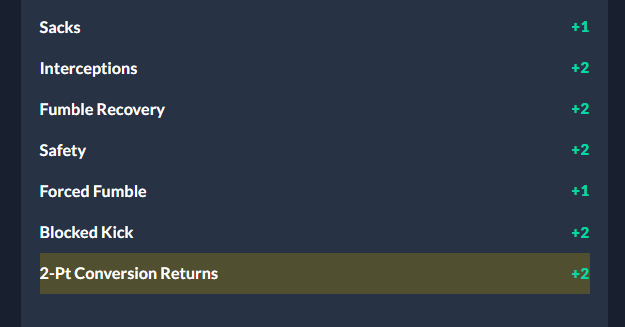 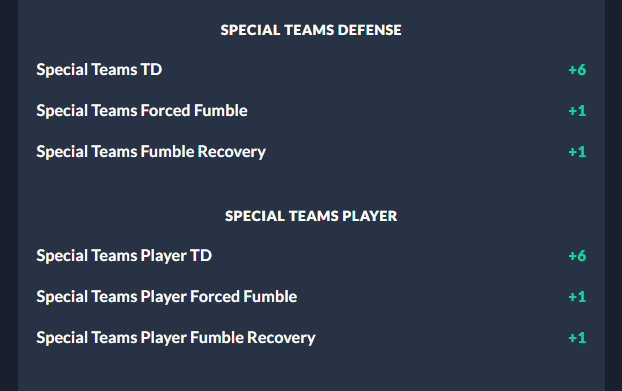 PS As this is a TFP forum game and entries must be posted on this thread entries will not have team names but use yout TFP Forum Username.

Weekly entries and scores will be recorded here:

A Standings Table (updated weekly) can be viewed here:

@gazj885 I have no idea who James is - I don’t know a Kicker with that surname.

Only Kicker I can make out from your jumble of typing’s is Robbie Gould so that’s who ya getting.

For future entries can you please lay it out like every body else, include team abbreviations so there’s no mistaking who you mean and make it easier for me to find them on the player list.
Thanks.

Okay all - there is just 5 of us doing battle this season - which is 2 better than last season. Maybe it will grow year on year - I’d be happy with +2 entrants a season. Any way I have done the scoring for week 1 and updated our first standings table. Links to both players score spread sheet and standings table can be found in the original post on this thread.

Can i change palmer to mike williams please 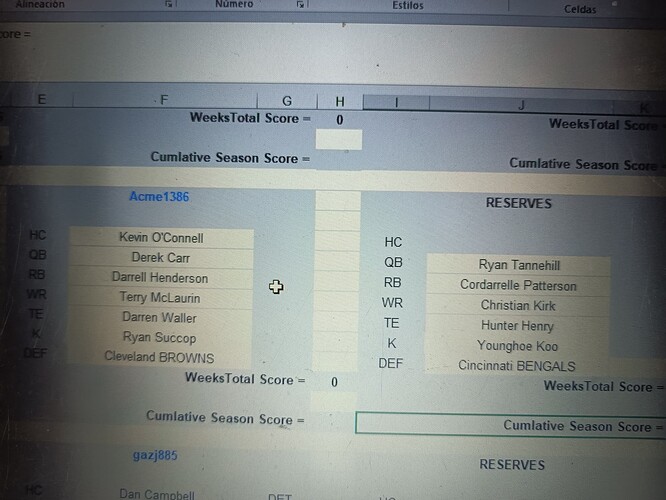