(*) This is a single prize paid at the end of the season and goes to whoever posts the highest one-off weekly score during the season (including play-offs - for those who make it). So even if you have a bad season and can’t make the championship play-offs proper you still have something to go for - set your line up weekly - post the top score of the season and you will get back double your entry fee.

Before applying to join this league please view the settings and make sure you are happy with them as I don’t plan to change them. I like continuity so I stick with the settings from the league’s inception in 2006. Which means this league is a 12-team league, is not a points per reception (non PPR) nor fractional scoring league. Rest of the leagues setting can be viewed here:

Last years players have 7 days from this post going live to confirm they are coming back - after which any unclaimed slots will be offered to those on the waiting list.

DISCORD Channel link: Show Me The Money on DISCORD - chat room
Slowly players are starting to come round to using Discord in my NFL fantasy leagues as it helps everyone engage with instant messaging - each of my leagues has its own dedicated room to discuss things about that particular league but there is a general chat area for anyone who partakes in any BLM fantasy games I run here: BLM Fantasy Games general chat room on DISCORD

If you are sure you want in to this money league then ask to go on this official waiting list and when a current member leaves the first person on the list will be offered the chance to claim that spot before the draft for the next season and so on down the list: 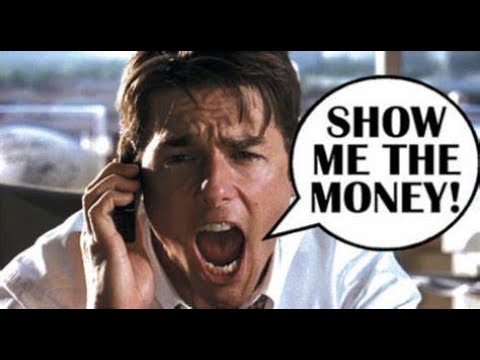 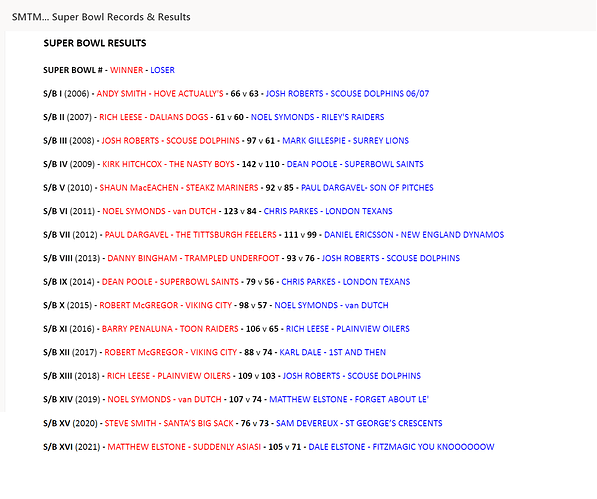 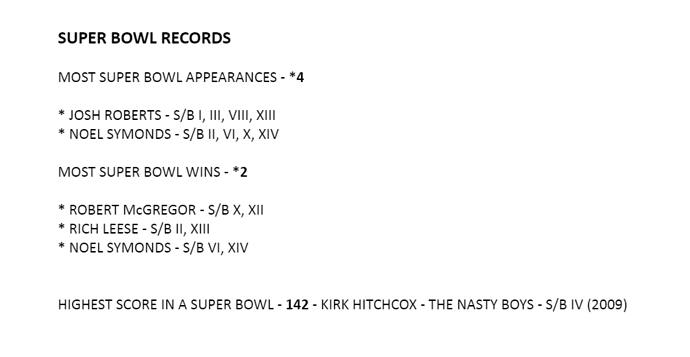 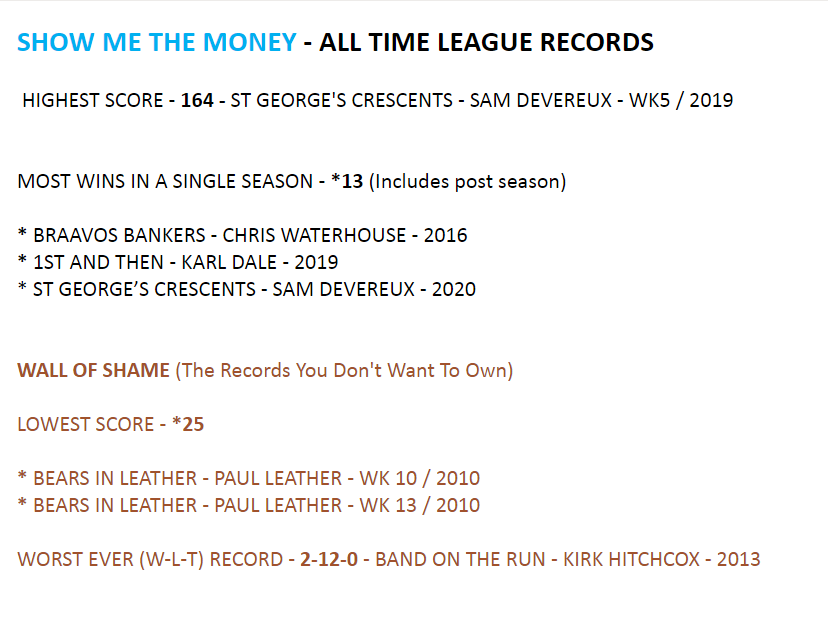 I’m in Noel, looking forward to it. Jon

Welcome back everyone - just don’t forget to pay before 7 days deadline is reached to secure spot as after then will open up to those on waiting list to be able to pay and jump into secure a spot - as in be first come first served after the 7 days.

After 48 hours if NeedleVor has not responded and melstone has still not been in contact I will invite the next person down on the waiting list and so on until someone claims the slot.

Any consideration to expanding it to a 14 person league taken into account the interest?

Not for me as I like my leagues to be different sizes - what I can’t understand is why someone does not create a copy cat league and take all those who are waiting to get in and advertise for a few more to fill it up?

Hell some in the current NBL might even like a second bite at the cherry as its a low entry fee.

Just realised the guy to not come back is last years champion?

Hi Noel - I’m interested if the space is still available

Yep the two ahead of you on waiting list have not responded to any messages, e-mails etc., so last space is all yours James @thandouk.

Well with an intrupted final I had to delay before calling it - as the NFL cancelled the MNF game of Week 17 due to the shocking events we all know of. I waited to see what the NFL would do and then when they decided to not replay or continue the game I decided the scores of the players in question in their very next game (Week 18) would have a baring on what I decided would be equitable. Thankfully the Bills/Bengals players in question scores in week 18 would not have changed the outcomes so just leaving scores as is - like what NFL.com has done - and calling it.

I myself am sick to finish on the bubble 2 years running (4th / no cashing in). If I am still around and so is the game I will run this league again next season pretty much as it is now. Same entry fee, prizes, scoring and rules etc. If you know you don’t want to return just give me the heads up in the off season so I can go ahead and offer the spot to a replacement person on the waiting list.

I will now contact the winners to arrange payment - for those of you that have not had your fill of fantasy NFL games I do have 3 stand alone play-off money games recruiting right now - all three are posted in seperate threads in the forum - take a look, there might just be a game that takes your fancy.

Edit: Also of note by winning the 3rd place game Rich Leese (RichL) ties the record for most wins in a single season (13) and joins three other GM’s who also jointly own that record. 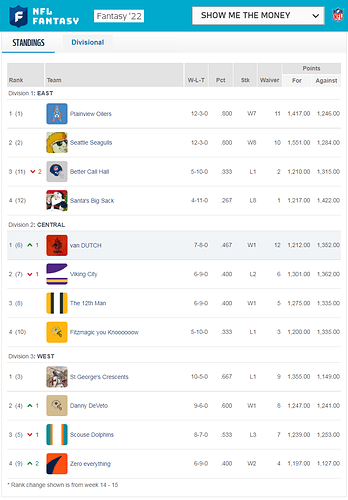