Well, this is pretty low… 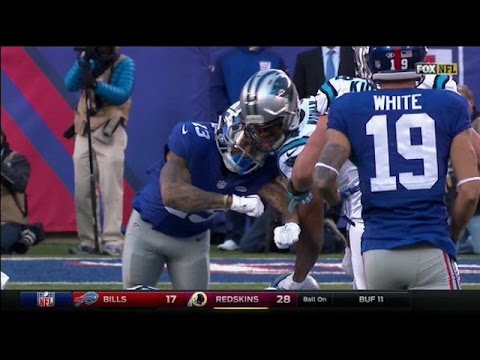 Deserves to get a big suspension.

I watched the entire game, his antics really were shocking imo.

I was delighted to meet OBJ last year, felt I was meeting a dude capable of going on to do great things for the game. All he did last night was practically lose the game for his team.

The strangeness really seemed to start pre kick off when he was high on his own breath while prancing around the end zone like Ballerina Beckham. That was the actions of somebody who believes the sun shines out of their own bullet wound. There were some allegations last season that Odell was a prima donna, well he went full pelt to prove that correct last night. He should have been ejected by the half and a suspension seems not tough enough.

It was only a few nights ago that I heard Norman on the Eisen podcast and I was joking with Anders how he came across like a proper hill billy, a little child like. Actually, it turned out Norman handled it all pretty well and the child was actually OBJ… This is a tough game Beckham, if you dont qualify dont play!

Such a shame that he’s put a massive target on his back. He needs some strong guidance ASAP. The only player my sons mates know is OBJ, he should be breeding a whole new generation of NFL fans but I’m scared his star is going to burn bright and fade out

Fair point Dean, such a great prospect for leading the next generation of fans and yet such a pleb on TV last night.