Let’s get some people in the TFP Fantasy Premier League. It’s just a free league to join, but the winner may get a little prize or trinket (something like a copy of FIFA 21 or a football jersey or equivalent).

Go to https://fantasy.premierleague.com to create your team then join a league using the invite code - vp6u4x

& if anyone wants to do the same game for money I (bluelionman) have a Classic and Head to Head Winner Takes All money league going to:

[image] FANTASY PREMIER LEAGUE This will be the fifthteenth year I have run an online mini-league on the Premier Leagues own fantasy football game. Quite simply - register online, select your team and then if you wish to join one or both of my mini leagues. website address: Fantasy Premier League Both of my leagues are for money and are £10 each to enter. The first league is what’s known as a ‘classic’ style league - where we are all in a league together and your total score decides you… 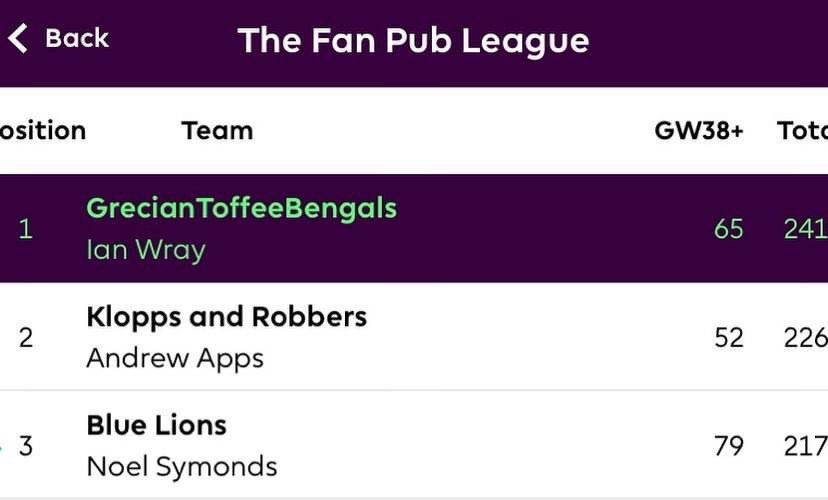 Ian opted for the cash prize of £50 and a request to try not to win again next season.

The next season is almost upon us again, due to 2020 being a general disaster. The league’s back open for any newcomers who’d like to join. Next year’s prize is still to be confirmed, it’s currently still a free league so it’ll probably be something rubbish.

For the 20/21 season starting September 12th, the invite link is now https://fantasy.premierleague.com/leagues/auto-join/d8sthq