This will be the sixteenth year I have run an online mini-league on the Premier Leagues own fantasy football game.

Quite simply - register online, select your team and then if you wish join one or both of my mini leagues.

The first league is what’s known as a ‘classic’ style league - where we are all in a league together and your total fantasy points scored decides your position in the league and at the end of the season whoever is top takes all the money… hence the league name being: WINNER TAKES ALL

Code to join this league:

The other league I run is a ‘head to head’ style league where you are matched with another opponent in the league each week of the season and your weekly score versus the person you’re playing decides whether you win, lose or draw and like in the real Premier League you get 3 points a win, 1 point a draw and nothing for a loss. Those points decide your place within the league and just as with the above league whomever is top of the league at the end of the season wins all the money.

Code to join this league:

The more teams, the more prize money on offer - so go recruit your friends (but not if there any good)!

FPL lets you join many leagues but you can only have one team and that team is in however many leagues you join - so it’s no more time consuming to join multiple leagues. So, if you’re doing this game already think about joining one or both of my money leagues - after all it’s only a few quid and you may win a nice prize for your season’s efforts… always more fun when there’s money on it - don’t you think?

If your new to my games and don’t know how to pay me or have simply forgotten just PM (private message) me from here on the TFP forum I’ll send you the info. You can play in this league from anywhere in the world.

PS - I keep a winner’s history for all fantasy games I run so thought you might like to see that history for my FPL money leagues (perhaps your name can appear hear at the end of this coming season):- 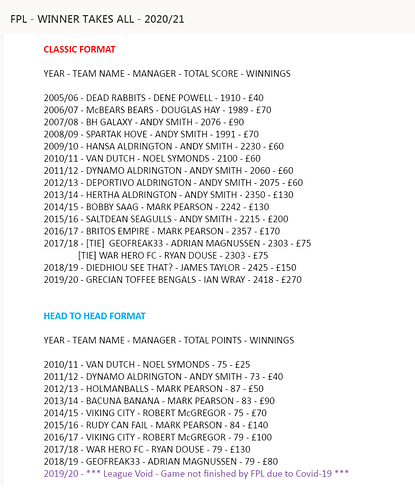 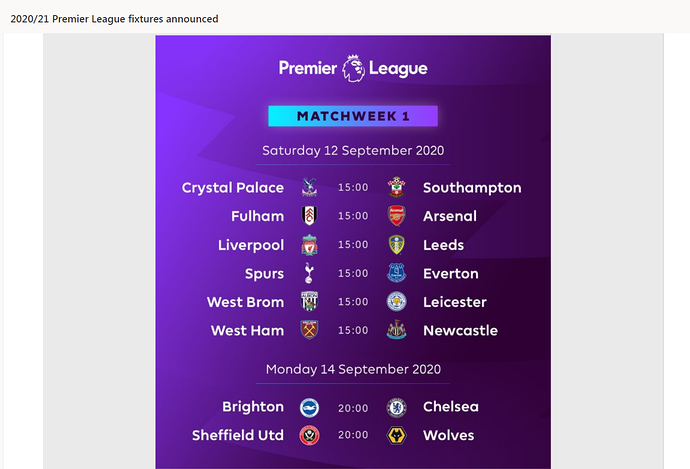