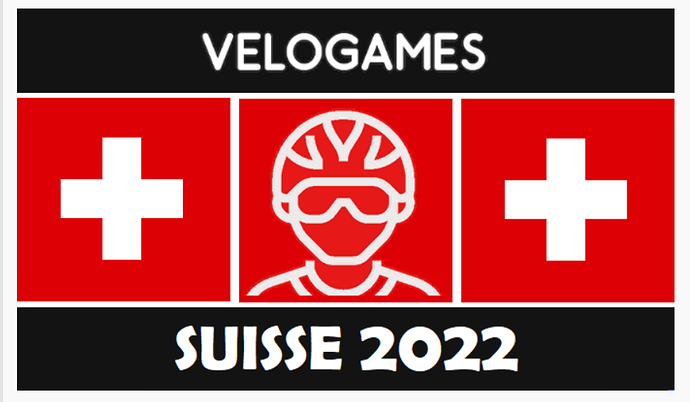 Easy as - no team changes allowed once race starts!

I have a mini-league for this cycle racing tour game and to make it interesting for those that want to compete for small stakes have made my mini league have an optional £5 internal entry fee with the highest finishing paid for team taking all the prize pot.

It’s easy - pick a team within the budget of 100 credits - even if you know nothing about cycle racing as there is no changes to your team allowed once race starts. So, you could end up winning by picking names you like the sound of as racing is really quite hard to predict with crashes, injuries, quitters and team tactics all coming in to play… so why not pays ya money and takes ya chance… who knows it may even cause you to try and see the results online or trying to find some coverage on TV just to see how your chosen riders are getting on. But if not the Velogames website will show your points day by day and at the end of the race whoever finishes highest out of the paid for teams will pocket the cash.

The deadline for entries to be submitted is 12:45 CEST (Central European Summer Time) on Sunday 12th June 2022. That is 11:45 in the UK, and 06:45 on the US East Coast. Make sure to check how your own time zone differs from Central European Time to make sure you meet the entry deadline!

Their games are perfect for those of you that don’t have much time but like to have a go, as the only time you need to spend on any of their games is at the beginning selecting a team before the start of the race (as there are no changes allowed once a race is underway). Before a race starts you may make changes to your team.

So, click the link, pick a team and then join my private mini league… (if you were in my Giro d’Italia 2022 mini league it may auto add you to this league when you have created a team). It’s a new way Velogames works keeping the same league name/code for multiple races - so I only have to create a league once as it auto re-adds past entrants if they do a team for future races so for this reason from now on my Velogames leagues are open to both fun and paid entrants. Those people who wish to play for money need to pay before race starts. I will then confirm as soon as we are under way who’s in for the money and what the prize amount is. Only teams showing in my league before the race starts can compete for the monetary prize - no joining late and trying to pay then once your team has got off to a good start.

I really hope to see some of you have a go… even if just for fun and not paying to play.

(plus put a biking man) next to entries who have paid and are competing for money. I will then confirm in a post after the race starts the prize fund that will go to the highest finisher out of the paid for entries.

Okay I can confirm my league got 5 entrants and all have paid - so eveyone is competeing for the prize pot which is £25 to the winner at the end of the race.

Best of luck all.

For those seeing this late my next cycling league I will run will be on the Tour de France in July. Look out on here (TFP) forum for details when Velogames makes there game live for entries.

Well done McBear (Douglas Hay) you absolutely smashed the rest of us. Zee - £25 - notes are yours. Hopefully next cycling tour game more peeps would like to join us on the start line. I truly hope VeloGames can surreptitiously do a Tour de France iteration this year. 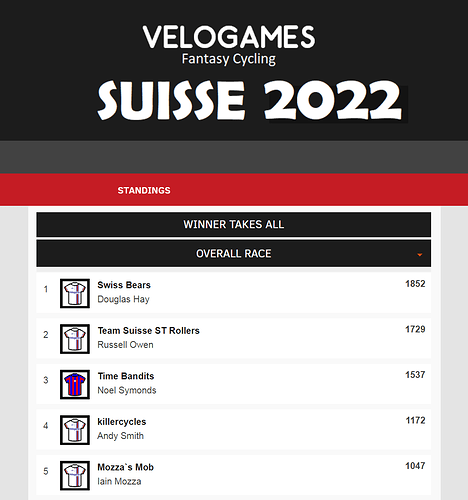 So if anyone reading this likes a low maintenance game my cycle racing games are just the ticket as there are no transfers or anything once a race starts. So you pick your team of riders beforehand and that’s it - nothing else to do (except pay your £5 GBP entry fee).