If the answer is yes, then read on my friend as I have just such a league drafting on the eve of the new Premier League season - that being Thursday 12th August 2021 at 8pm (UK time). I have picked a live draft date and time for this league to give people some clarity as to when it will take place so they can know if they are able to commit to it or not and or make arrangements for it.

Each entrant that signs up can vote for the scoring settings we will use - either Classic or Head to Head (as we had in this league last year). One team one vote - which you will cast by posting on the leagues message board. Whichever option the majority are in favour of come Wednesday night at midnight (going into Thursday - draft day) will be which setting we go with. If by some chance, it’s a tie I will flip a coin - can’t really say fairer than that. 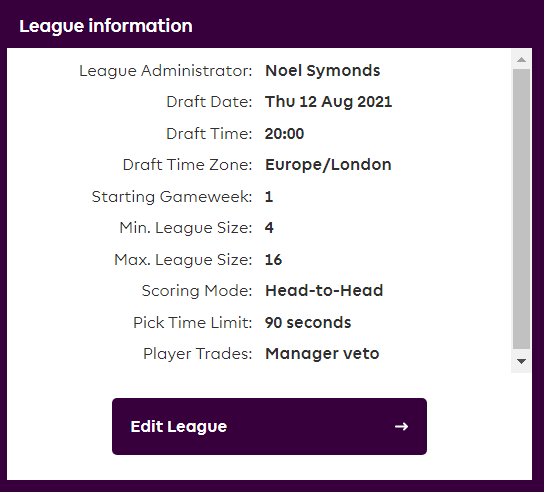 You may have noticed from the above league info I have activated player trading in this league where it goes to a vote system - this means managers can vote against a trade (hopefully they only do this if they think the trade is unfair) but to get a trade vetoed it takes 50% of managers to vote against it - not only that a trade is approved at the waiver deadline and the system takes any non-team manager votes as approval. So, it is much more likely trades will go through than not - and also means managers should pay attention to trades when notified and use their veto option if they don’t agree with it.

I have chosen an eve of season draft so as much about the teams’ squads with regards to transfers in’s & out’s is known as possible, as well as to give me the maximum amount of recruiting time. My league had 14 paid teams last year. Overseas players are most welcome to.

If your new to FPL Draft this beginners guide could help:

Had 14 team last season but only 9 this season. So we all will have better teams I would say. Draft took 1 hour 10 mins to complete which is less time than I thought. 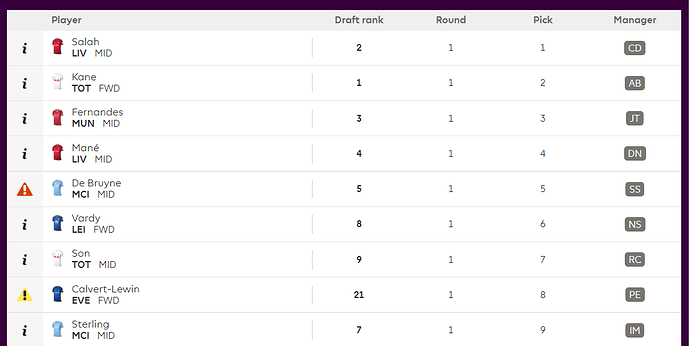 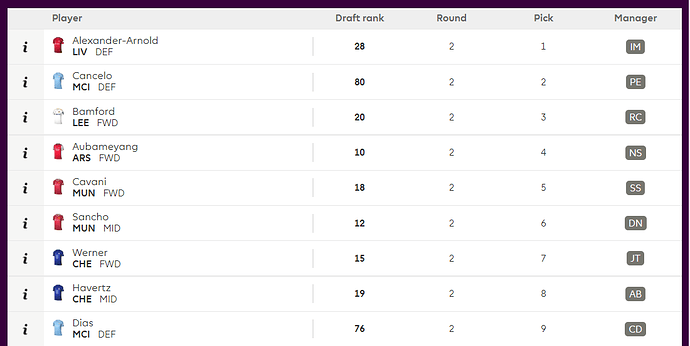 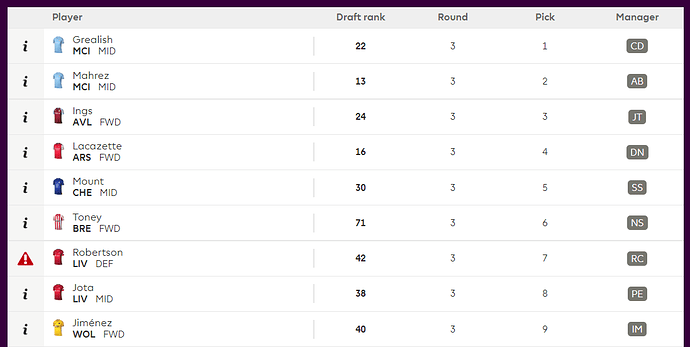 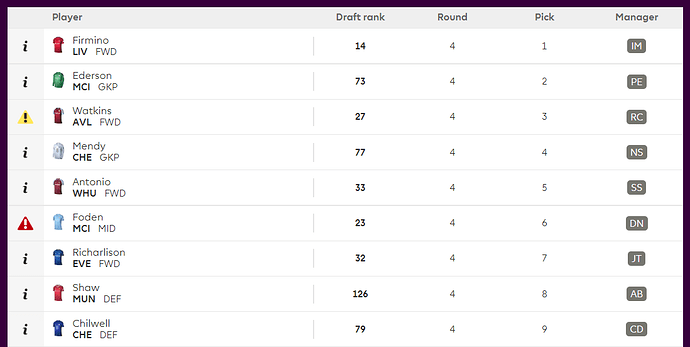 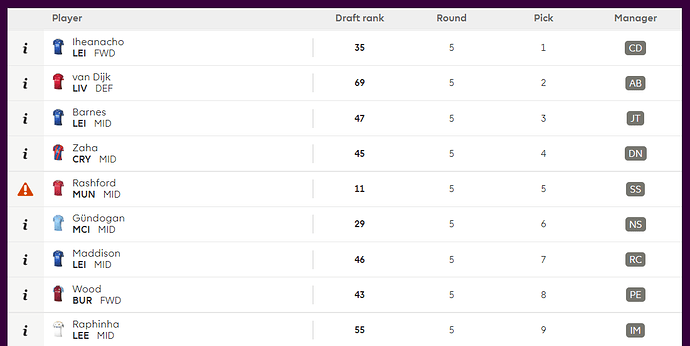 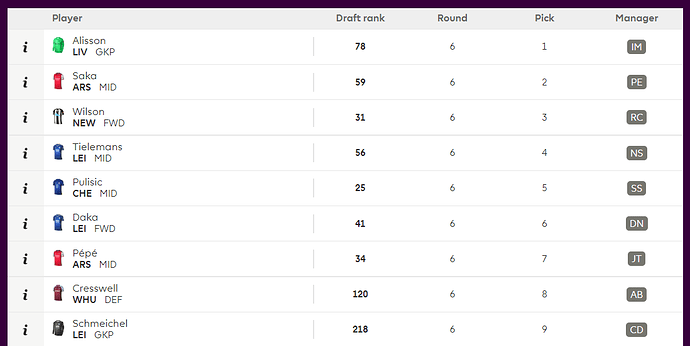 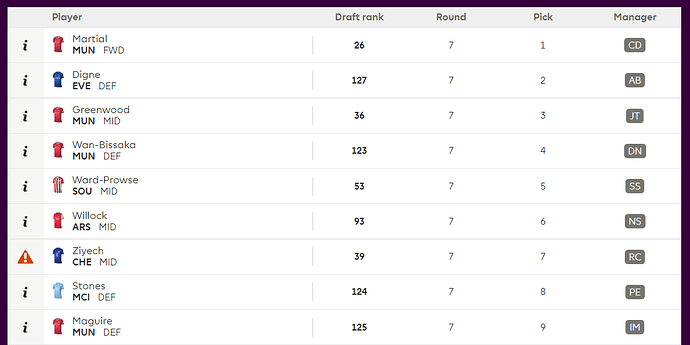 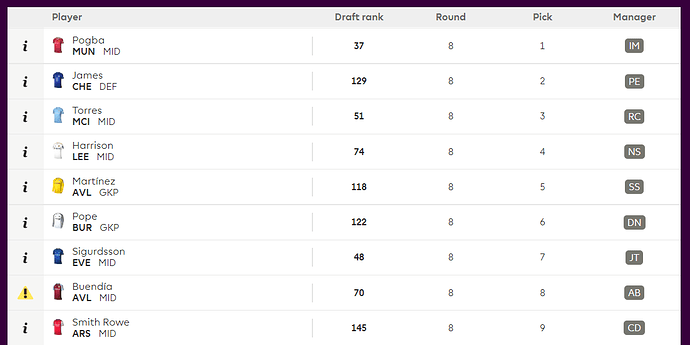 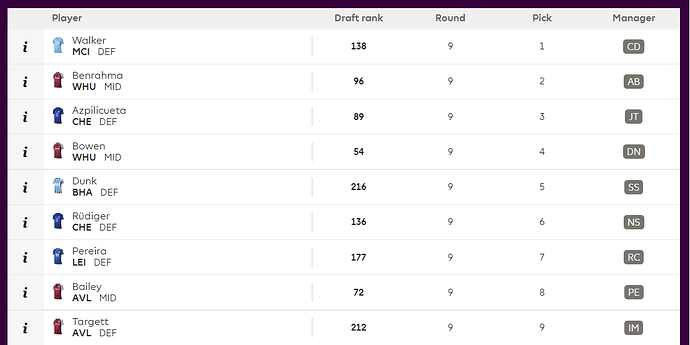 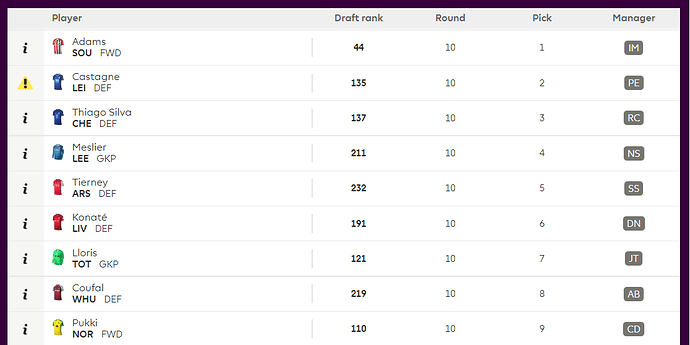 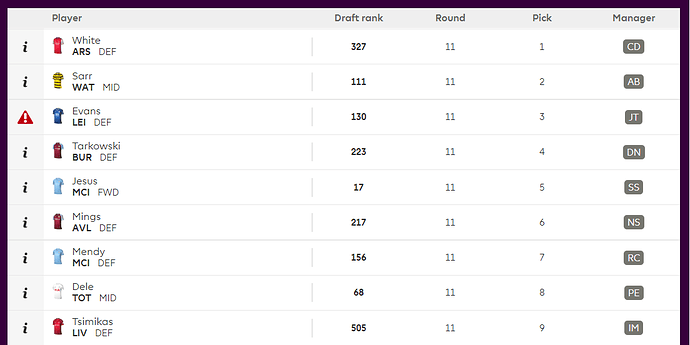 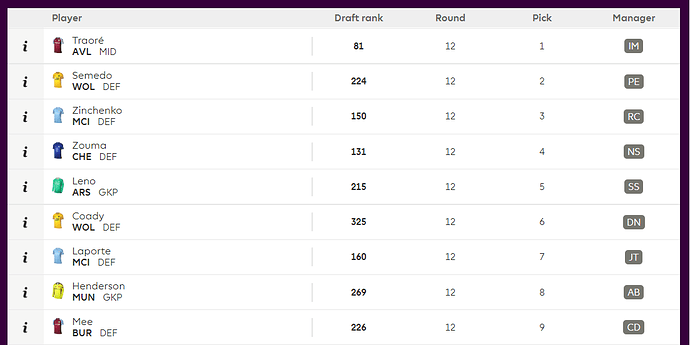 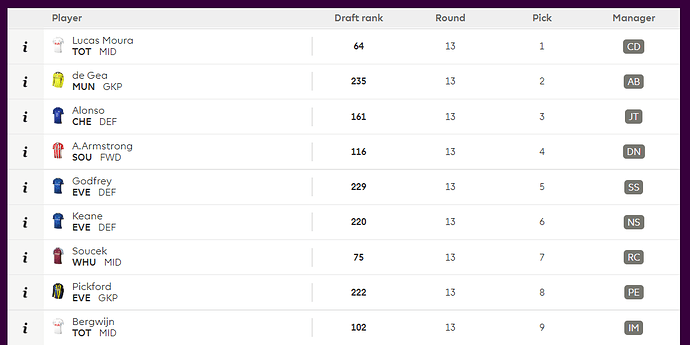 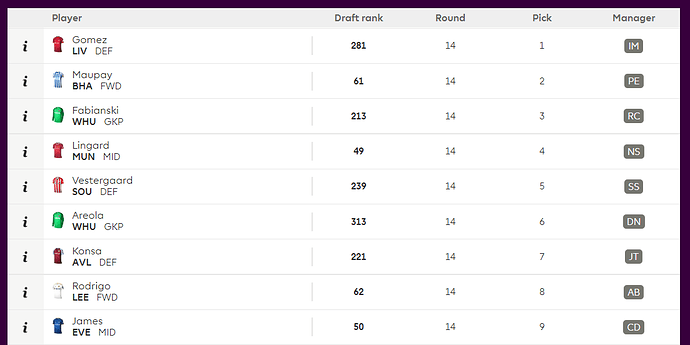 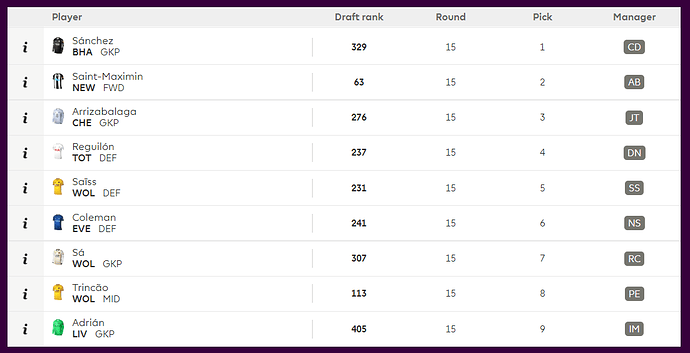 This year we only had 9 entries (compared to last seasons 14) so the prize pot is greatly reduced - but each of us has more chance and better squads. So the money collected in this season is £225 - 9 entries at £25 each.

So can confirm same prize positions as last year but not as big for the overall winner / second place:

So in theory the maximum prize possible is £175 (as the winner could nab the best weekly score prize to - but equally gives everyone else something to aim for and keep trying their best to set line ups each week as if they can have 1 mega week could salvage their season by getting double their team entry cost back).

PS I ran a poll again this year as I did last year to see what type of scoring league was wanted and this year (same as last season) the majority were in favour of a Head to Head format. So this years league is once again a H2H format. 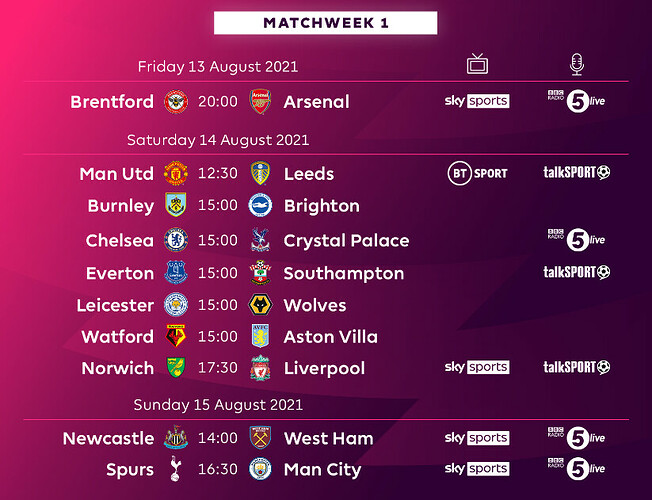