Sad to report the following strike is awarded for NFL Week 17:

x1 Started WR - DeAndre Hopkins - (ARI) - OUT / was ruled out before his teams actual game day. 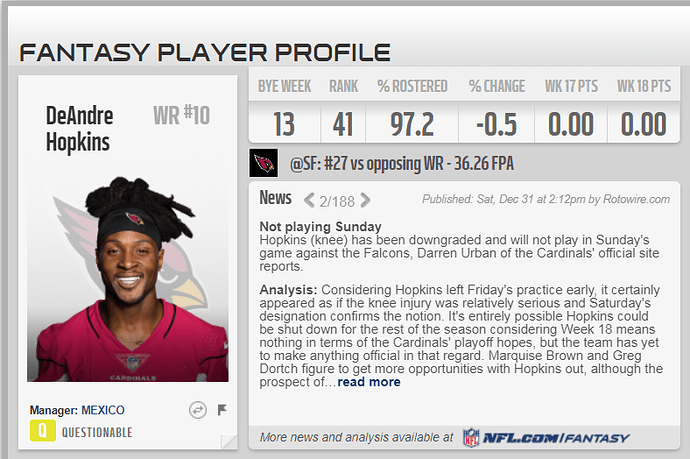 (LC) A bit careless not picking this up and swapping the player out resulting in Alberto’s second strike of the year meaning he will be starting on 1 strike before next season even starts when we return for 2023. 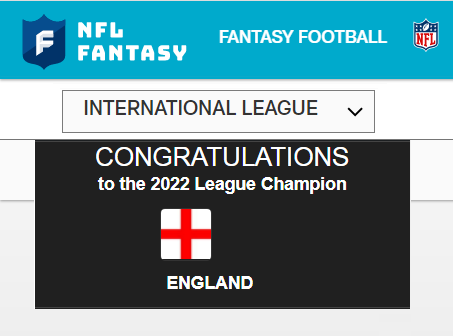 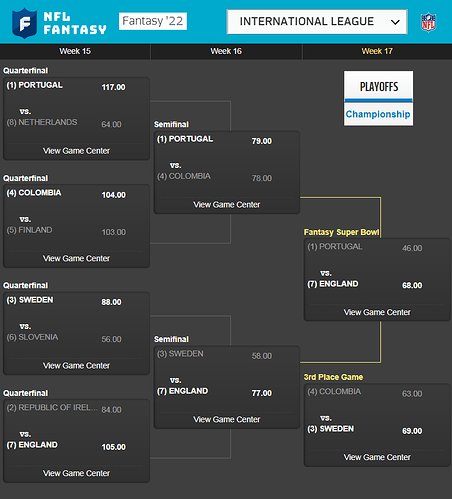 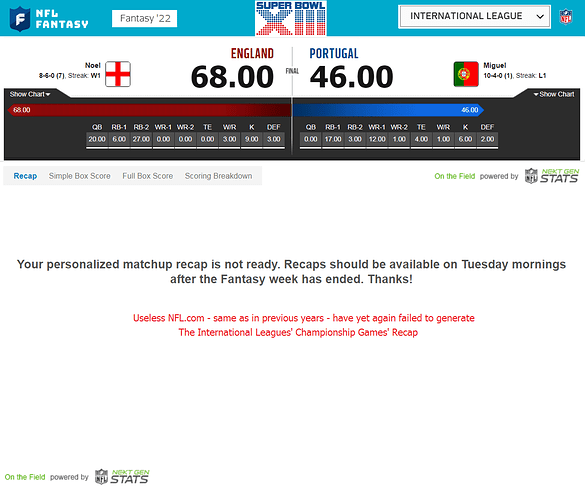 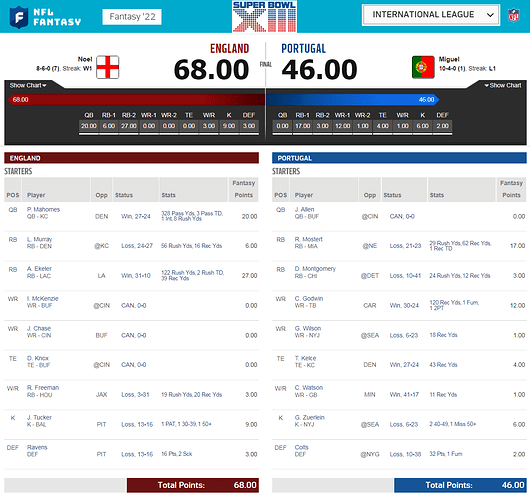 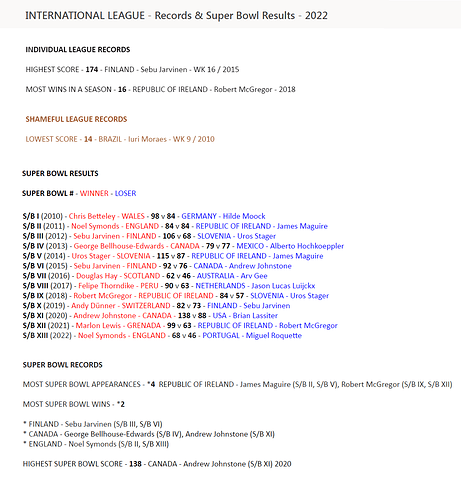 So happy to finally win my second IL Super Bowl - only taken me 11 seasons on from my first one.

What surprised me the most is I did it with a team that was not expected to do much and was lacking a few early round draft picks (traded away in the prior season).

Looking back at the draft results I did not have a Round 3, Round 4, Round 7 or Round 8 pick. Here is a screen grab of my post draft team - after my first 2 selections and my Round 5 Keeper I would say every other selection was a bust: 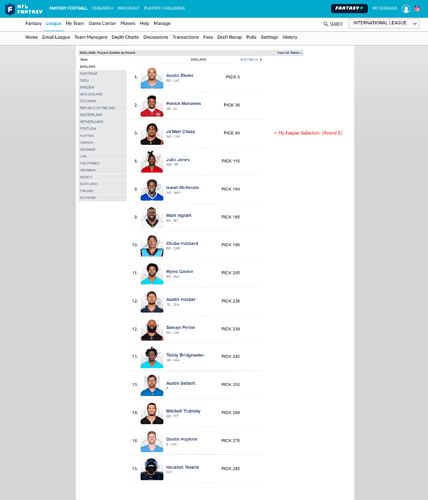 Even NFL.com did not rate my chances - here is their draft recap for my team (England): 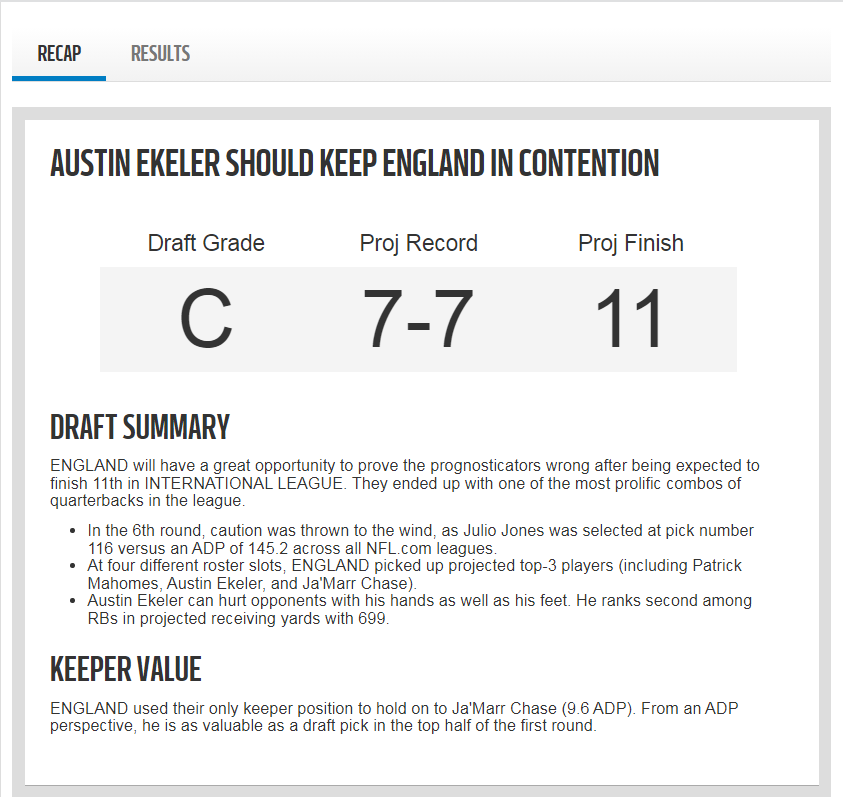 I might as well finish the story by posting the team I finished the season with so people can see the trades, free agents and waiver wire moves I made: 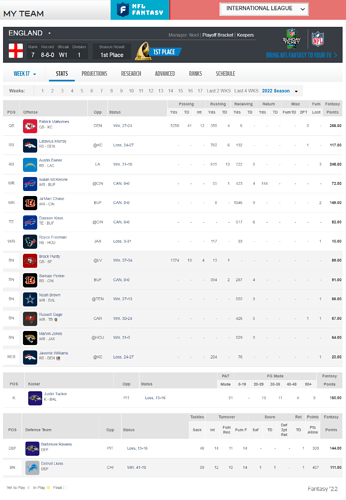